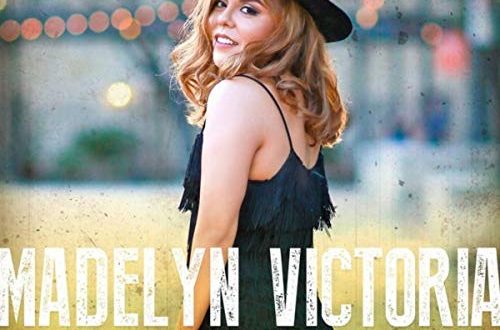 They say that everything’s bigger in Texas, and in The Lone Star State’s native daughter (and ascending country star) Madelyn Victoria’s new single “Right Here With You,” as much could be said about her enormous melodies, which come to us in rousing full color stereo sound. Victoria has been wowing critics and fans in the last few years with her amazing grasp of tonality, which rivals that of performers who have been in the business twice as long as she has. “Right Here With You” is an impactful, inspired love song with a rich, multidimensional profile that elevates its performer’s status from underground sensation to legitimate primetime contender.

The harmonies wrap around the lyrics like a warm blanket in the winter time when we get into the first stanza and somehow get even more insular as we press on. The production quality of this single is top notch from start to finish, with most all of the intricate details just beneath the surface of the polished mix feeling especially vivid and physical. Everything, and I mean everything from the bass to the guitars to the understated organ and drumming, revolves around the pace of Madelyn Victoria’s singing, which is plodding and reluctant at first but slowly becomes unstoppably vibrant.

There are numerous layers of strings here, including a fiddle, multiple guitars and a bass, and they end up fused together in bursts of catharsis like that of the chorus, making a singular energy that is a force to be reckoned with. It’s not quite the virtuosity of bluegrass, but the constant barrage of string grooves assaulting us from both the left and right makes for quite a powerful and engaging listening experience to say the least. Toss in Victoria’s vocal and you end up with a modern country juggernaut that can stand up with the best that the genre has to offer.

Madelyn Victoria’s actual execution is spot on and easily her most polished and refined work in a single yet. She translates these impossibly complicated feelings of comfortability and utter satisfaction in love into emotional chords and rhymes that actually make sense to us. What’s even better is that she never employs any tired metaphors or silly analogies that aren’t relatable to the average lovesick country fan. We can tell from the jump that she’s being straight up with us and not hiding some secret agenda. She plays off the band’s sly rhythm exquisitely, and her words become their notes before we reach the conclusion of the track.

You don’t have to be a country music fanatic to fall hard for the infectious grooves and formidable bucolic tonality that “Right Here With You” has in store for all who press play, but I think that Madelyn Victoria’s longtime followers are going to be really, really satisfied with this latest single. Like much of her previous work, she isn’t shy about being intimately honest with us, even if it means getting into personal territory, and rather than that making her an outcast in Nashville it’s propelling her to the top of the heap. Her uninhibited confessions are the perfect fodder for a generation of listeners in need of some purging, and it sure doesn’t hurt that the music accompanying them is among the most memorable her scene has turned out in years.