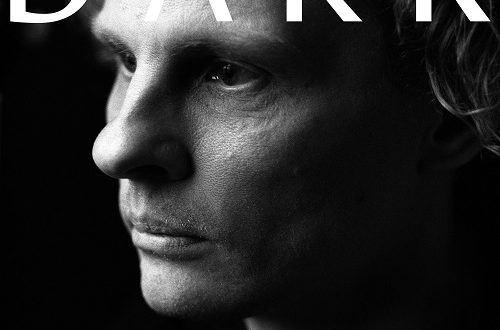 Bustling into focus gently but urgently, the first few strands of a grand harmony begin to form in “Poison Woman,” the opening cut of the debut solo album from Mauri Dark Dreams of a Middle-Aged Man. The energy here is oddly reflective before the lyrics have even entered the picture, and once a smoky vocal starts to croon from the forefront, this feeling only intensifies. The soft European drawl of our leading man is powerful and enough to haunt even the newcomer to alternative folk, but if you’re game for more, what comes next in “Worst Enemy” and the equally enrapturing “X-Renegade” is certain to please. Mauri Dark is a new project for this artist, but in Dreams of a Middle-Aged Man, neither the sentiments nor the compositional integrity sound even remotely amateurish.

“Love Will Prevail” is one of the most conventional songs on this LP, and yet it unfurls itself with a hesitation that is so charming even a picky alternative enthusiast could fall in love with its melody on the spot. By comparison, “Shades of Gray” indulges in an avant-garde harmony that could have been poppier if put to a more nimble beat, but in this instance sounds so painfully heartbreaking that it makes Mauri Dark’s words heavier than a ton of bricks. He’s not stingy with the evocative components of his poetry and, in situations like this one, the sonic adornments that make every verse sound humanized and easy for just about anyone to connect with in some way.

“Chains of Solitude” is a much slower, darker take on the folky conceptualism of the preceding tracks, but bundled with “Hymn for a Wanderer” and lead single “Thin Line of Understanding,” it sets off the greatest trio of songs you’re going to hear in Dreams of a Middle-Aged Man. “Thin Line of Understanding” feels like a culmination of emotions that started well before the Mauri Dark project was conceived; to some extent, it feels like a statement of self on the part of its composer, who has never sounded as out on a limb as he does in his work here. “Up to Us” is a nice segue into the concluding title track, but if I’m being totally honest, it comes after a song that no composition could have followed with total success.

Dreams of a Middle-Aged Man crosses the finish line with a title cut that brings us an epilogue to its core narrative telling of what we need to expect from Mauri Dark in 2021, and to me, the future is looking very bright indeed. I had no idea what I was going to hear when I sat down with this LP for the very first time just recently, but one thing I wasn’t anticipating was to run into some of the more brooding crossover performances on either side of the Atlantic in 2020. I sincerely recommend giving this a spin in December – in a month rarely recognized for its hidden treasures, this is a true diamond in the rough.

User Rating: Be the first one !
Share
Previous “Heart on a Wire” (SINGLE) From Lost Romance
Next “Higher Love” (SINGLE) by Kamoken (feat. Malou Beauvoir