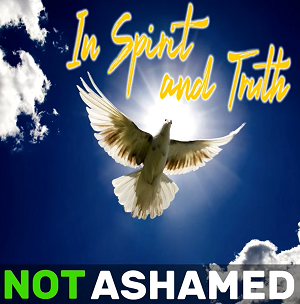 Not Ashamed “In Spirit and Truth” (SINGLE)

Not Ashamed’s single “In Spirit and Truth” is more than a contemporary Christian song. The Irish four-piece embraces their faith without embarrassment, but they’ve likewise succeeded in writing a song that embodies some of the finest human virtues. We long for transcendence, to live beyond the limits our humanity imposes on us, and to know more than we think, touch, and see. You don’t need to be Christian to relate to that impulse. Not Ashamed’s “In Spirit and Truth” doesn’t just tap into that yearning but, instead, invokes it as an anthem certain to stir many hearts.

They build the song from minimalist beginnings. Not Ashamed is pursuing a cumulative effect for the song rather than showing off the whole song at once. This measured approach belies their age; it’s obvious that their inspiration prominently figures in the writing, but fundamentals do as well. Not Ashamed’s message could have succeeded in several musical contexts, but the song’s structure is essential. Ratcheting up the emotional intensity at regular intervals makes for a rousing listening experience.

Much of it centers on guitar. Richard Varno, Tony Person, and Rod Hutchinson are a potent team and it is impossible for casual listeners to hear where one guitarist ends and another begins. Person, however, stands out thanks to his exceptional lead guitar. The percussion is authoritative and never heavy-handed. Ashamed lays heavier burdens for the song’s success on drummer Don Wunder’s shoulders though he’s more than up to the challenge.

Incorporating bagpipes is a bold move. It’s an instrument few listeners will readily associate with contemporary Christian or gospel, but the fit isn’t incongruous. It adds a further layer to the song. Person’s aforementioned guitar playing is another aspect of the song breaking with traditional gospel, but Not Ashamed’s music reflects a now long-established trend in contemporary Christian music.

Their songwriting doesn’t hector listeners or wag their figurative finger warning of imminent damnation. “In Spirit and Truth” is testimony, the band members publicly proclaiming their devotion to God, and celebratory as well. If it has an evangelical aim, Not Ashamed wants to connect with like-minded listeners seeking out redemptive music and perhaps attract the unsure with their uplifting message.

The world needs the message more than ever. Our material idols leave us empty, our human leaders disappoint us and create havoc, so we look for something, or someone, bigger than ourselves. We need that rock in uncertain times. It’s clear that the faith at the center of Not Ashamed’s music and life provides the band with an unshakable core capable of sustaining anything they touch.

It enlivens their art, without question, and the well isn’t yet dry. They share similarities with several other acts in this genre like Third Day, Patrick Mayberry, and Rend Collective, but Not Ashamed utilizes what they’ve learned from others to inform their own voice rather than relying on imitation. They have enormous potential even if they continue writing material with a religious theme though, again, don’t let their beliefs dissuade you from giving them an opportunity.