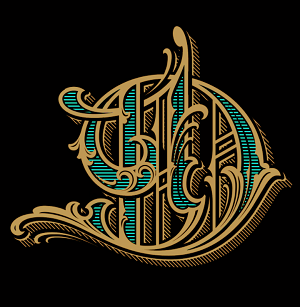 “Not Forgotten” (SINGLE) from Jenson David and Kelly Miller

Strutting forth from the darkness with a very disciplined (though implied) beat, the somber “Not Forgotten” from Jenson David starts off with minimal fireworks, but if given enough time, listeners will find that this collaboration with none other than Mr. Kelly Miller yields far more lustiness than its opening bars could ever account for. Instrumentally, “Not Forgotten” is one of the simplest country songs I’ve had the chance to take a look at in the autumn season thus far; other than its piano and an exceptionally mild percussive accent that only enters the picture every so often, the vocalists are the only agents of evocation in this mix. That said, there’s not a dull moment to behold here, and country fans are likely to be quite pleased with what these two underground players have concocted in the name of social unity.

The tempo is a slow one for this single, but it works to the benefit of both the audience and the artists in giving us maximum time and space to understand their commanding presence in the track and all of the emotion that it collectively contains. A lot of alternative country songwriters have been staying away from conservative compositional concepts in 2020, and after listening to “Not Forgotten,” I really have to wonder why. David isn’t being stingy with his use of a melodicism in this piece, but in working with less weaponry he’s able to efficiently get into the guts of the song without a lot of bombast getting in the way. That’s essential to keeping our interest and establishing a sound not automatically relegated to the ‘crossover’ section.

Jenson David and Kelly Miller are very different singers, but in their dueling for “Not Forgotten” it’s easy for me to understand why they decided to work together here. There are a number of different avenues through which they could deconstruct the chorus as we reach the fever pitch of the song, but by handing off the lead from one to the other as everything is about to slip into oblivion, it feels so much more symbolic and in sync with the style of the narrative. I love the rock-minded thinking that went into the approach in this regard, and it would be criminal of David not to bring it back into the studio for another go-round in the future (much as the same could be said for Miller as well).

“Not Forgotten” doesn’t reinvent the wheel for the country music model, but for those of us who pride ourselves on being discriminating fans of the genre, it’s a puritan cocktail that is certain to leave listeners intoxicated this November. Jenson David and Kelly Miller are independent artists who haven’t formed any sort of a professional twosome, but I wouldn’t be surprised if there were calls for them to do as much as “Not Forgotten” wins them a fan base. I’ll be keeping them on my radar, and if you dig country as much as I do, you should do the same.

The music of Jenson David has been heard all over the world in partnership with the radio plugging services offered by Musik and Film Radio Promotions Division.  Learn more https://musikandfilm.com