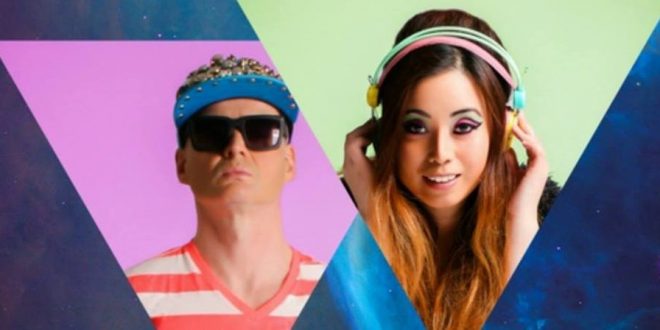 Ooberfuse remains faithful to their upbringings

Though the words that Cherrie Anderson sings in the first five seconds of Paul Kennedy’s radio edit of “Call My Name” are well-articulated by the acclaimed ooberfuse vocalist, they aren’t as descriptive an entity as the quietly stirring instrumentation in the background is. Her verse is simple, her message as plain as day, but the root of her statements and the cause for her emotional pining aren’t made obvious to us in her poetic prose. Hal St John’s bubbly synthesizer is fighting in the battlefield of love next to Anderson, and together they create the essence of hope that one would need to triumph in such an epic war. This is Call My Name’s opening track, and I must say that it sets the tone for everything that comes after it rather brilliantly.

Patrik Kambo, the other outside party brought in by ooberfuse for the Call My Name sessions, takes us in a totally different direction than Kennedy does, playing directly into the surreal aspects of the composition by using Anderson’s vocal as the backdrop for the instrumental swagger that we hear at the top of the master mix. Kambo’s track is the biggest beefcake at this summer beach party, and while it’s not as burnished as what follows it in the mix that was made for the Push the Frequency Festival, it doesn’t feel incomplete at all. Nothing in Call My Name’s tracklist is lacking in flamboyant trappings, but there are some instances where it’s hard to tell whether or not the band was trying to be overindulgent on purpose.

I think it’s fairly obvious that Hal St John was going for a certain iconic new wave sound in his radio edit of “Call My Name,” but as retro as this version of the song feels, it’s one of the only mixes I’ve heard by ooberfuse that doesn’t bear the duo’s trademark animality. It’s too physical to be a straight-up pop song, and yet its soft center makes it a little psychedelic (think Echo and the Bunnymen) for what I would have anticipated hearing after the club beats of the first three tracks. Call My Name finishes us off with one last trip to the dancefloor in “The Noise,” which I would warn audiences to listen to at a regulated volume if they don’t want to feel the plunge of the drums for hours after the smoke around this riled up remix has settled.

Despite their global presence and a growing cult fan base, I think that ooberfuse is remaining faithful to their indie/DIY upbringings with Call My Name, and even if they did decide to make a shift towards a more mainstream sound in their next record, they’ve proven over the last five years that they not only stand tough against the corruption of their organic stylings, but that they are intent on expanding on the model that they create with each and every release that they share. These just might be their most glamorous grooves so far, but if history has taught us anything about ooberfuse, it’s that they live to make their best even better every time they enter the recording studio.