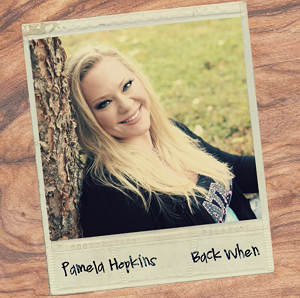 Pamela Hopkins “Back When” (SINGLE)

Pamela Hopkins’ new single “Back When” is the latest high point in the Little Rock, Arkansas based singer/songwriter’s solo career. It’s a recording career that began more than two decades ago with the release of her 1995 debut album. She pursued different paths until the 2010’s when her attentions turned, once again, to her passion for writing, performing, and recording music. New music has, since then, came out at a prolific clip and 2021 has seen her aligning herself with a cadre of talented Nashville songwriters. Hopkins benefits from her willingness to collaborate but continues to make the material her own. “Back When” feels ripped from the pages of her personal biography and boasts enormous commercial potential.

The bedrock of the recording is its production. Superb production cannot make a crappy song good but, without a doubt, it can elevate an already fantastic track. “Back When” has a pleasing live sound though it is undoubtedly the product of a typical recording process and any post-production effects are applied lightly if present at all. It never sounds concocted. Many performers fall in love with the studio’s various capabilities and allow its sugary magic to dilute the full flavor of their songwriting. Not Hopkins, however. “Back When” rings with authenticity from first note to last.

The song has a risky mandate. “Back When” is yet another track looking back to a fond past, an eternally popular subject for songs across many genres, and there’s no doubt some will hear clichés rather than vulnerability in this new single. Far more, however, will hear the sound of a singer and lyricist looking back on her past with longing but, likewise, a sense of self today that didn’t exist then. There is some melancholy present in the song, but not as much as you might think.

First class musicianship abounds. The handclaps present in the song may seem like a simple thing and, yes, they are, but it makes the song more relatable somehow. The guitars, electric and acoustic, are emotive without flirting with overkill. Including contrasting textures such as this is another bonus in the song’s favor. Acoustic guitar beginning things surrounds the cut with a vulnerable air and peppering it with electric as the track progresses raises its tension in a natural way. Nothing hits you as being forced or affected; “Back When” emerges from Hopkins’ as natural as breathing.

A sense of economy pervades the song. Its length is ideal for radio and live performance alike and it has a feeling of inevitability many will enjoy. Some listeners will know when the track is set to take particular turns and it ends in satisfying fashion. Pamela Hopkins’ “Back When” strikes an universal chord yet has enough of a personal spark that it stands out from the rest of a crowded field. It’s the latest single from an artist whose long-deferred dreams now look to be coming together at last. It’s one of the most human singles you’ll hear in 2021 and leaves you looking forward to hearing more from this outstanding artist.