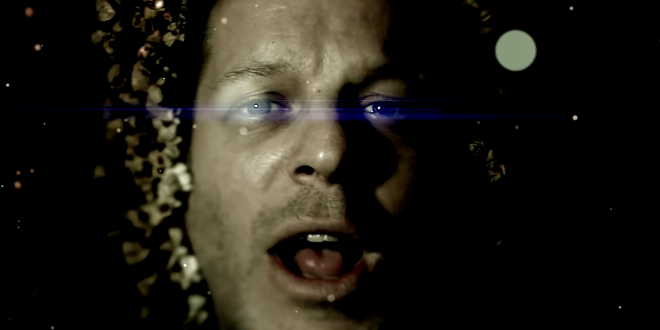 Sometimes we can learn more from a gentle hum than we can a thousand-words’ worth of dialogue, and in the intro to Patiently Awaiting the Meteorite’s new music video for “Devil’s In My Car,” the vibrating melody of the singers’ wordless melody is as transparent a tone as it gets. We can feel the essence of the ensuing harmony before it ever takes shape, and even though the verses have yet to commence, we understand the context of the lyrical narrative as it’s about to be dispensed to us. “Devil’s In My Car” communicates on multiple levels and leaves Canadian music fans wondering where Patiently Awaiting the Meteorite have been hiding this whole time.

The words are delivered with a much higher tone of voice than the initial humming would suggest they’d be, but the shift in the harmony doesn’t create any hiccups in the flow of the music at all. The rigidity of the rhythm is far more abrasive than any of the shots in the video are; ironically, I think that the pacing of the images is a little off-tempo from where the verses are landing, but the contrast between the two is exciting and even a little sensuous later on in the song.

When percussion finally enters the picture in “Devil’s In My Car,” we’re already swinging with the beat of the string pattern and fighting the urge to get lost in the flame-bathed visual spectrum being offered in the music video. At the 2:37 mark, Patiently Awaiting the Meteorite start chugging along in the style of an acoustic desert sway similar to the American folk/rock revival sound of the mid-1990s, and all of the pristine tension they’ve been storing away in the grooves starts to come undone all at once. We can’t stop the oncoming flood of harmony, but to be fair, I can’t imagine why anyone would want to.

Patiently Awaiting the Meteorite boast a music video in “Devil’s In My Car” that is undeniably one of the most engaging of any released in their scene recently, and along with their other new single, “Les anneaux de Saturne,” I would rank this song as one of the best they’ve done in the short time the group has been getting attention from the international press. They put most, if not all, of the other Canadian roots rock groups I’ve heard in 2019 to shame here, and I’m interested in seeing if they can keep up the standard in their future work.