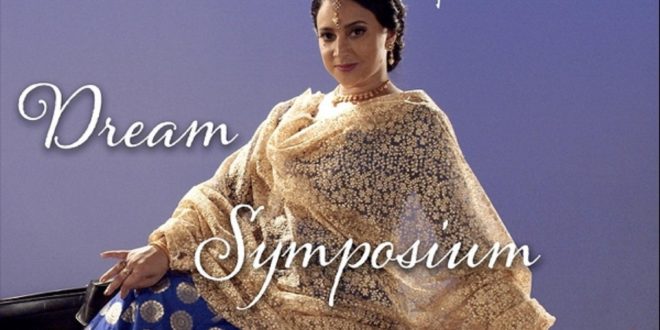 The Toronto Tabla Ensemble are back with “Dream Symposium”

The Toronto Tabla Ensemble are back this fall with their most expressive track yet in “Dream Symposium,” an instrumental beat ballad with a penchant for the provocative. If you’ve heard their music before, you already know that the Toronto Tabla Ensemble are no strangers to the eclectic when it comes to making an original new song or album, and in this sense, “Dream Symposium” is on par with everything they’ve shared with us in the past. TTE continue to push the envelope in this single with their ambitious musicality and compositional wit that goes unmatched on either side of the border this season.

“Dream Symposium” benefits from its experimental percussive structure tremendously, however, I would stop short of describing it as being totally avant-garde in nature. The Toronto Tabla Ensemble have been known to cross influences quite a bit in their work, with eastern themes frequently becoming skewed with modern elements of rock, jazz and ambient music, but there’s nothing muddied about the amalgamative nature of this track at all. On the contrary, it plays out like the melting pot of melodic rhythm that has been missing from the pop music spectrum for most, if not all, of 2019.

There aren’t any lyrics in this song, but that doesn’t mean that it isn’t communicative on multiple levels. If anything, I think that the addition of words to this particular track probably would have made it feel a bit overwhelming, especially when considering how larger than life the drums are to begin with. Sometimes in music, and really every medium of art, it’s a lot better to take a less is more approach to creating than it is to indulge in the bombast of the commercial age – and that said, “Dream Symposium” is, for all intents and purposes, tangible evidence supporting this notion.

The equalization on the percussion in this single is critical to enhancing the physicality of the music, and without the muscular nature of the song from beginning to end, I’m not totally convinced that it would be as engaging an artifact as it is in this present state. The Toronto Tabla Ensemble clearly put a lot of time and love into the conception of “Dream Symposium,” and if their peers to both the left and right of their eccentric style of music were to take even a fraction of a page from their playbook, the Canadian underground would be a lot stronger for it.

If it’s avant-garde chills n’ thrills that turn you on the most, the Toronto Tabla Ensemble’s “Dream Symposium” needs to be taken as the must-listen single it is as the summer comes to a close and makes room for the new dawn of autumn. Time has treated TTE exceptionally well in the last twenty-one years that they’ve been together, and while they’ve grown a lot since the 1998 watershed Second Palla, my gut tells me that some of their longest and most loyal of fans are going to appreciate the direction that they’re presently taking their music in all the more than newcomers will in this wonderful new song.

Share
Previous The Cold Stares are back!
Next Patiently Awaiting the Meteorite drop new Single/Video