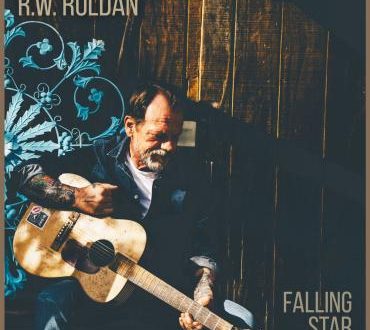 Making an album that can stand the test of time and continue to connect with audiences is no easy feat, even for the most decorated and sought after poets and lyricists among pop music. It isn’t easy to compose something that people will be able to relate to ten, twenty, even thirty years from now. R.W. Roldan has been around for over a decade now, and although it’s debatable whether or not his music will still be on the radio by the time we reach 2040, it’s clear that he’s definitely tailoring his sound to the needs of the fans buying music in 2018. His new song “Falling Star” caters very much to the traditional wants and trends of country music fans, but what is particularly exceptional about this single isn’t its marketability. It’s actually the tone that Roldan sets with this song, a different tone than he’s ever presented us with in the past. Could this be the new course that he’s charting as he enters the second act of his solo career? Is this finally the breakthrough that we’ve been waiting for from him?

I’m not campaigning for Roldan to be the face of country music in the next decade, but he definitely needs to be playing a major role in the upcoming era that country is entering. Artists are shedding their blues influences at a rapid pace in favor of a more urban, digitally driven style that a lot of us fear will ultimately destroy country music in the way that punk rock has inarguably been damaged by the electronic influences. The folk and country music communities really have to join forces on this one if there is to be any hope of carrying on the authentic ethos of both genres. Nashville managed to kill the “western” in “Country/Western Music” about half a century ago, and there were plenty of dazzlingly good songwriters left in the wake. It was a clean sweep, and we as fans and artists and journalists simply cannot allow for the same to happen to acoustic, blues-driven country and folk music today.

“Falling Star” is a defiant stab at the takedown of the old school singer/songwriter, even if it isn’t the rallying cry that most of us would be expecting to hear. Ironically, it’s a beautiful elegy, a ballad that mourns the end of the pursuit of stardom that sits on the dark side of the moon. The irony isn’t just in its lyrics, but in its bucolic, almost stripped down collection of instruments backing them up. Roldan is part of a dying breed of blue collar musicians who don’t want to maintain the status quo but refuse to abandon the foundations that gave them a launch to begin with. It’s inspiring to see that kind of resolve still in existence among DIY musicians of all genres and backgrounds. If classic country rhythm is your thing, and you’re looking for a sound that is as tried and true as the singles that made the style legendary, “Falling Star” was made just for you.