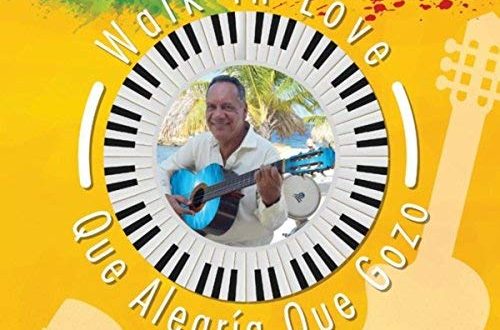 In his brand-new album Qué Alegría Qué Gozo (or simply Walk in Love in English), singer and songwriter John De Freitas translates the word of the scripture using the international language of music to create what is undeniably one of the most harmonious and melodic releases of 2018. Consisting of seven unique tracks that dabble in everything from Latin jazz to mariachi music and bossa nova, Walk in Love isn’t a modestly designed album by any measurement, but it isn’t so intimidatingly packed full of variety that it loses its general cohesiveness. Instead, John De Freitas has assembled a melting pot of gorgeous rhythms and sleek melodies conceived for the sole purpose of celebrating faith, family and love, and it couldn’t be more inviting.

In a lot of ways, Walk in Love is a pretty experimental piece for being, at its core, a gospel record. Most contemporary Christian musicians don’t like to venture outside of one genre in hopes of relating a consistency of sound to the need to have a consistency in our faith, but John De Freitas sees and hears things a little differently than the rest of his scene does. The way he’s laid out Walk in Love tells me that he wanted to express the many vivid colors that collectively shape a larger Christian identity as belonging on a single album, and personally I don’t just find his creative concept fascinating, but I also find it deeply moving as a person of great faith myself.

There’s a lot to love about each of these seven tracks, but one relentless high point that is present in all of the songs is De Freitas’ incredible voice and its inspiring emotional palate. It’s like we’re listening to one of heaven’s own angels singing, and after all, who would be more qualified to deliver the word of God through the pure majesty of song than one of His own. Whether we’re talking about the title track, “Supernatural” or “Incomparable,” his vocals are always the star of the show, and something tells me that you could take away his backing band and he would still be as incredibly touching as he is in this studio setting.

I know I’m not the first critic to say as much, but I really cannot wait to hear more from this excellently gifted musician. He’s got the wit and the wisdom to convey stories that are instantly relatable and teach a valuable lesson, and he clearly possesses a knack for making even the most complicated and debated subjects in the world – our belief in God – sound like pop gold. I don’t know where he’s been for so many years, but now that John De Freitas has finally arrived in the pop music lexicon, I don’t plan on missing a beat with anything that he develops in the future. Walk in Love has a lot of buzz around it in the CCM community and beyond, and if the momentum surrounding his career continues to grow I can only imagine the demand for a supporting tour will be too great for him to resist.

John De Freitas’ music has been heard all over the world due to the radio plugging services offered by Musik Radio Promotions. Learn more – https://musikandfilm.com/