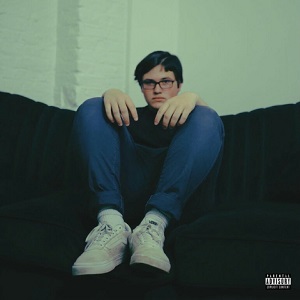 Adulthood has taught me many lessons. Not all of them are pleasant. Looking back on the younger version of me, circa my teenage years, I remember being smarter than the average sixteen year old, definitely more mature, but understand much more now. As smart as I might have been, as composed and mature as I might have been, my experiences were narrow at that point, my own, yes, but limited by my lack of exposure and time’s transformative qualities.

I did my best, though, to compensate for it in my fledgling efforts at art and Robert Eberle does as well. His debut EP Where’s My Mind? is an outstanding five song collection owing no obvious debts to anyone. His precocious skills delve deeper into his life experiences than anyone has a right to expect from someone not yet out of high school. Many reviewers, I am sure, will make much of its teen angst, but I believe it is a simplistic way of viewing Eberle’s work. These are human experiences and the difference between Eberle’s depiction of his world and how older songwriters fare is scar tissue and the scale of their respective stages.

The placid surface of “Novocaine” belies the tumult lurking within its words. Eberle works with collaborators, without question, and there are several instrumental components working in this track. None of them announce themselves in boisterous fashion. The finesse evident throughout “Novocaine” is never heavy-handed or pretentious and, for the most part, flies under the radar. The second half is wider, Eberle ventures into near-symphonic pop territory, and he ends the cut in dramatic fashion.

“Gone Goin’” highlights contributions from second vocalist Ben T. amidst a melancholy and soulful musical landscape. Think of it as cool R&B crossed with smatterings of Joy Division-like moodiness. Nothing feels cheap or overly-dramatic, however, and the subtle sophistication of the arrangement and, especially, vocal interplay make this a winning number. “Where’s My Mind”, the EP’s title song, pushes into realms the first two tracks never dare to travel. Vocals and light electronica dominate the first half of the song before pre-programmed percussion makes its presence felt during its second half. The diversity of the EP, to this point, is satisfying and well-measured.

“I Just Needed Somebody to Be Someone” is the EP finale and a no-holds barred exhibition of Eberle’s blooming creativity. It begins with some of Eberle’s meditative piano-driven balladry and builds to an assortment of orchestral-styled peaks later in the track. Despite the song’s obvious ambitions, Eberle and his collaborators rein in its running time to a little under four and a half minutes.

It concludes Where’s My Mind? on an exciting note. It isn’t a cheerful release, but the five songs included with this collection likewise refute despair. There’s no question Eberle is a young artist worth following should he continue pursuing this path and its cathartic qualities are difficult to ignore. Let’s hope we hear more in the near-future from this gifted songwriter and that he continues developing his impressive gifts.