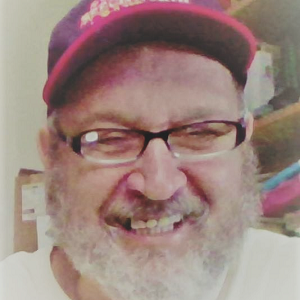 Sam Green & the Time Machine is Australian bred, but the poetic and musical range of this act extends far past the nation’s borders. He’s maintained steady pace of releases since 2017’s Which Way Left? and shows no signs of slowing down. The immediate follow-up to the aforementioned outing, 2017’s The Time Has Come Again, features a dozen songs with no noticeable drop-off in quality. Several tracks rate among the album’s highlights. The opener “Children of the World” makes a positive impression thanks to a variety of factors. Pairing acoustic guitar with atmospheric accordion is the musical key, however. Newcomers to Green’s vocals will appreciate their burnished soul and the complementary backing vocals joining him during this cut.

Another highlight from the album is “Drowning in a Sea of Life”. The Spanish guitar flourishes layered and blooming throughout the cut give it much of its beauty. They wouldn’t achieve such dramatic effects, however, if they weren’t juxtaposed against this tempo. Green’s remaining nine songs inhabit the same stylistic territory with comparable results. Green and the Time Machine returned for an improbable third time in 2017 releasing fourteen tracks under the title Love, Love, Love. Its intimate and vulnerable opener “Albert Park” sets the stage for what follows. It has a muted pastoral quality befitting its subject and invokes yearning in a way few songs are able.

“Don’t Take Drugs” shares the same restrained sonic architecture as Green’s typical work. His songwriting message is quite earnest here, but never stilted. The arrangement has much more finesse than the earlier “Albert Park”, specially its vocal arrangement, but it never strikes a false note. The added compositional complexity balances the aforementioned earnestness. “Holy Moses” is another peak moment for me. The live strengths of these recordings are seldom clearer and the autumnal warmth of Green’s voice captivates the ear.

His first release from 2018, Hoch Poch Album, is packed with songs as well. “Hills of Jerusalem” is among the best tracks included on the collection. The sparse eloquence of its instrumental and vocal melodies are ideal vehicles for the track’s superb lyrical content. “So Is Life” is one of the more plaintive examples of his spiritual bent included on any of his releases. This is a sensibility that accepts life on its terms rather than attempting to dictate its direction. It is one of his finest solo performances as well – nothing but his voice, words, and guitar grips our attention.

2018 continued with the eleven song outing Baked Beans (432 Hertz). Production values are stronger from the outset; the crystalline clarity of the guitar during the first track “Aliyah” will please many, A superficial listen to the album’s title song may produce some mild chuckles but a closer listen reveals a much more serious tale. It’s one of the most deceptively simple performances from this artist and has wonderful instrumentation supporting his vocals and lyrics.

His final release from 2018, Ten Parts of the Journey, has several fantastic moments. One of the best is the track “Day of Peace”. It proves, beyond doubt, that Green isn’t hidebound to any particular style. Conjuring bygone Nashville spirits with a full band and requisite pedal steel guitar plays to both his vocal and lyrical strengths. Low key, yes, but the cumulative body of work Sam Green and the Time Machine are responsible for over the last three plus years places him at the forefront of the best songwriters today.