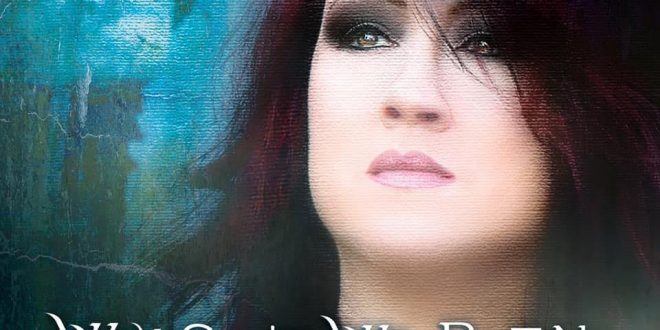 Sharon Lia Band and their new single “Why Can’t We Pretend?”

Fans of alternative music have been demanding a lot more from bands lately, and this summer there’s one group that has been answering back with a pre-album single that seems perfectly timed for the needs of contemporary listeners. I’m talking, of course, about the Sharon Lia Band and their new single “Why Can’t We Pretend?” from the album Beyond Wonderland, which is racking up a lot of respect across the board this August in part due to its lush lyric video. The video is a vibrant addition to the SLB’s collective works, but the real gem here is its rarefied rhythm and the moving words that it supports.

Let’s start by breaking down the piano that we find at the beginning of “Why Can’t We Pretend?.” Though it’s as familiar an instrument as the guitar is in rock n’ roll, the piano possesses an unfamiliar glow in its emissions in this song that makes the melodies we hear so much more enchanting. The video probably wouldn’t be as spellbinding a watch as it is without this gorgeous mood-setter, and I think that when juxtaposed with other piano-driven singles out this season, this is among the more erudite to come out of any American scene.’

Sharon Lia has a one of a kind voice, and I’m not sure that she couldn’t sing pretty much anything she wanted here and still get everyone within earshot of her vocal harmonies pushed to the edge of their seats. She breathes so much life into the barebones construction of the hook that there’s never a moment where she doesn’t sound like the influential frontwoman she has always been. Lia’s abilities have only gotten sharper as the years have gone by, and even the most discriminating of critics would have a hard time denying that her latest release is a sublimely potent slice of pop/rock.

While they’re not as close to the forefront of the mix as other instrumental elements in this track are, I think that the drums are just as key an ingredient in the recipe for this single’s charm as Sharon Lia’s serenading is. They give everything in the latter portion of the song a sense of consistency that was necessary to keep “Why Can’t We Pretend?” from sounding like a totally experimental affair that would have appealed to diehard fans exclusively. Instead, this is an attractive listen to anyone who likes a rock-hard power ballad that is as accessible as it is relatable.

I wasn’t particularly taken aback by any of the Sharon Lia Band’s past outings, but I would be lying if I said that I don’t think “Why Can’t We Pretend?” will raise the bar for both this group and their peers in the underground. There’s just too much melodic moxie, and really, too much unfiltered emotionality for this to qualify as anything but a uniquely poignant rock song tailor-made for the times that we’re living in right now. Sharon Lia is, to some extent, the face of a new chapter in pop history, and though she’s only one figure in an emerging generation of soulful female singers making big headlines these days, she’s probably my personal favorite as of this moment.

The music of SHARON LIA has been heard all over the world due to the promotional services offered by Danie Cortese Entertainment & Publicity. Learn more here – http://www.daniecorteseent.com/