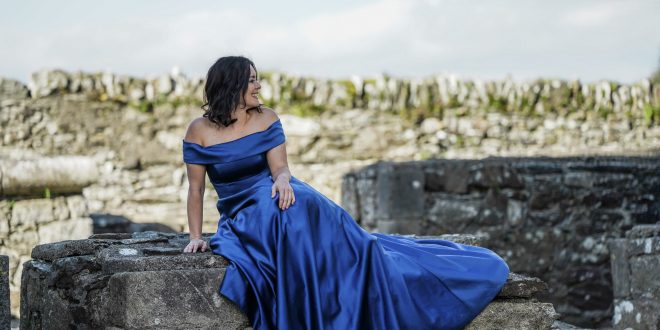 In her latest single, titled “Brick by Brick,” Rebecca Binnendyk delivers some of the most chilling vocal harmonies of the season in what many critics have deemed her breakthrough moment as a singer/songwriter. Right from the onset of the piano’s understated melody, we’re entrapped in Binnendyk’s web of ultra-slick musicality, and best of all, the magic only grows stronger as we push forward in the song. “Brick by Brick” is a striking ballad that was designed with pop enthusiasts in mind, but because of its versatile framework, this is one summer single that appeals to anyone who enjoys a soft beat.

The music video for “Brick by Brick” is a little plain for my taste, but I think that I can understand what Binnendyk was going for here. The shots of an archaic brick building that once stood strong but which is now in shambles are synchronized with the verses perfectly, and though it’s a little on the nose, its simplicity contrasts severely with the over the top fodder that I’ve seen out of the American underground lately. She’s trying to keep us connected with the music more than the visuals in this piece, and I suppose that should be commended all the more when considering the current state of pop music.

I think that the guitars are louder than they needed to be in the chorus, but that aside, “Brick by Brick” is cosmetically exceptional, and has a rather brilliantly constructed master mix. Though she’s an independent artist through and through, Binnendyk sounds a lot more mainstream in this track than she did in any of the songs included on her 2016 debutSome Fun Out Of Life. If she’s trying to appeal to the masses with this newly-evolved form, she’s doing a heck of a good job (at least as I see it).

After spending some time with this most recent release, I think that it would be really interesting to hear what Rebecca Binnendyk could do with slightly jazzier material than what she’s worked with in previous outings. We get a lot of her vocal range in this single, but I still feel like she can do more than she already has. There’s so much untapped potential in this singer, and if she experiments with more demanding content in the future, she could become one of the best performers in her scene – if not the genre itself.

Rebecca Binnendyk has still got some room for growth, but as far as charm and raw talent go, there are few songwriters currently active in Canada that can compete with what she’s laying down in “Brick by Brick.” This is a potently evocative track that stokes a powerful response out of anyone who happens to hear it, and while there’s not a doubt in my mind as to whether or not its creator is going to do some great things down the line in her career, this is an unbeatable highlight among what she’s accomplished so far. I’ll be keeping up with what she does in the studio next, and after you get a glimpse of this single and its music video for yourself, I think you’ll want to as well.

Share
Previous Sharon Lia Band and their new single “Why Can’t We Pretend?”
Next Allocai is reaching out to a lonesome world in this single