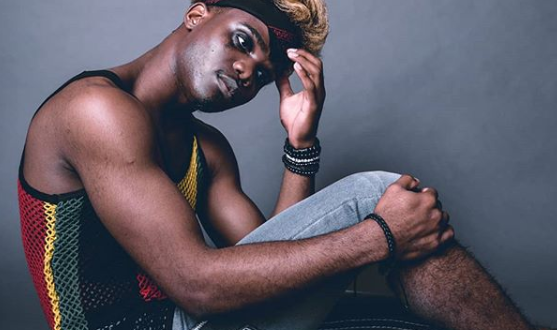 Allocai is reaching out to a lonesome world in this single

Allocai is reaching out to a lonesome world in this single

The last few months have produced some seriously sweet pop music on both sides of the dial in the United States, but few in the American indie underground have been garnering the kind of attention that Jamaican-born R&B crooner Allocai has. In his most recent release, the all-new single “Be My Main,” he doesn’t waste a moment before unleashing one of the most profoundly bold and melodically seductive vocal harmonies that he’s ever committed to master tape, and although his voice is stained with an incomparable pain at a few of the song’s most critical junctures, it doesn’t impede the flow of his verses – it makes his words even more sharp and affective. There are no hearts of stone left in the room after this guy steps up to the mic; in his poeticisms here, he shatters the very notion that we’re alone in our constant ponderings of life and love. Allocai is reaching out to a lonesome world in this single, and giving us all the more reason to believe in his brand right now.

This is one of the more lyric-driven pop compositions that I’ve listened to this August, but this isn’t to suggest that the instrumental half of the track is lacking in intricacies (frankly, nothing could be further from the truth). Allocai applied just as much attention to the construction of the melodic hook that the piano conjures up as he did to the relationship forged between his vocal and the supple bassline that echoes his every utterance. He doesn’t have to put a lot of extra oomph on any one specific component to get our attention because, by and large, there’s never a moment where we’re able to escape the wallop of his heavenly harmonies. When you’ve got the kind of emotive attack that Allocai has, there’s no need to pile on the embellishments – if this song were outfitted with any more of a sparkle, it wouldn’t have sounded as humble in tone, and more specifically, as authentic and unapologetically human as it does in this form. “Be My Main” is a simple single by a complicated songwriter with a gift that has just kept on giving this year.

I just started listening to Allocai’s music this season, but I’m loving the sound that he’s dishing out in this track. He’s got such a way with words, but that’s not even what I would describe as his best quality. Allocai is a singer that doesn’t have to be blunt with us to get all of his feelings (and subsequently our own) out there on the table for sorting, and while he’s still got some room for growth from an aesthetical perspective, there’s no denying the fact that he’s got one of the strongest skillsets of any young performer trying to break into the industry today. I’m very eager to see a little more content from this man as he finds his way into the mainstream limelight, but until then, this is about as good and legitimately spellbinding an R&B ballad as you’re going to hear this summer.

The music of ALLOCAI has been heard all over the world due to the radio plugging services offered by Musik and Film Records. Learn more – https://musikandfilm.com