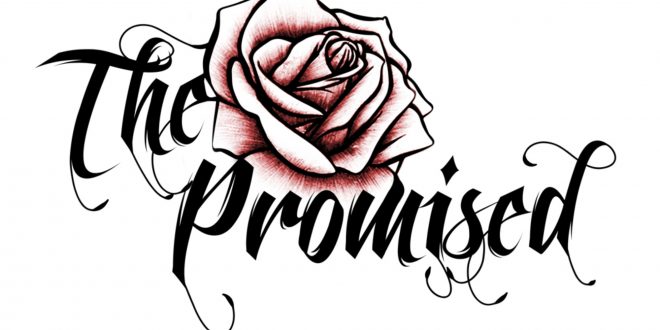 In the first few frames of the music video for “We Could Be In Love,” a girl in cowboy boots is walking alone on a rural bridge, gripping the white pearls around her neck and contemplating her surroundings in silence when The Promised suddenly lay into the soaring lead harmony of their debut single. We look on as the band plays to a crowd full of dancing people, cutting back and forth between our white dress-clad protagonist and the roar of the party that we can only imagine she’s trying to reach today. She’s soon joined by a friendly face in a Ford Bronco, and within moments of seeing each other, they’re swaying much in the same fashion that the partygoers are.

With two stories running side by side, you would think that the video for “We Could Be In Love” would be a little more complex than it actually is, but remarkably, it isn’t. Instead of looking like a lofty, overpriced music video, this plays out with just a hint of surrealism; it feels like we’re actually amongst the crowd in the close-quarters venue that the band is playing instead of merely watching the show through the lens of a high definition camera.

On the flipside of the concert, we find our lovers seemingly stranded on the roadside until a heaven-sent clan of bikers save the day from total catastrophe and offer the pair a ride to their ultimate destination. After a brief interruption in which they finally arrive at The Promised’s house-rocking bash, all of the characters descend upon the dancefloor amidst intercut shots of the different couples at the party basking in the glow of unadulterated love. We’ve come full circle, and despite the fact that the video lasts but four and a half minutes, it’s as though we’ve just spent an afternoon with the band and a few dozen of their closest friends.

“We Could Be In Love” is one heck of a debut music video and single, and though it gives us only a small window into what this duo could potentially accomplish with zero creative restrictions placed in front of them, I think that it more than justifies a closer look at the music The Promised make in the future. From where I sit, they’ve got the right combination of performance panache and experimental attitude to do great things with the sound that they present us with in this track.