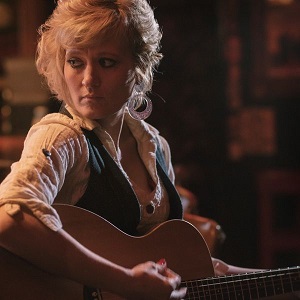 South Carolina based – Lecretia Ann is a singer/songwriter with country roots and a strong southern swagger. “Does She Know” and “Roll It Up” are two tracks featured on her – Better Thangs CD, and while both of these songs feature well on the album, it’s completely full of some of the most heart and soulful country tunes to be heard in recent times. I wasn’t able to assess these two tracks anywhere near as well without hearing the rest on offer and I’m glad I did because it found her to be of all-the more enjoyable exploration without any question left.

The songwriting and singing of Lecretia Ann, is not all she brings to the table, with rhythm guitar in hand she also keeps up with the band and stays seamlessly up front at the same time. The music falls somewhere between country and soft rock, but more southern than what Americana artists are doing. The musical diversity is natural, not forced into any boxes, usually indicative of what any good country and rock artist ranges between. This includes rocking a ballad with the best of ‘em around, with nothing pedestrian about the precision production values that keep getting harder to come by.

“Does She Know” is worth looking into about the lyrics and how they came to be and the and what source founded on, that being a soap opera and the rest can be imagined because these images often imitate real life situations as much as they don’t as well. Like all her songs, it is a cleanly sung and played piece which prominently showcase the lyrics and vocals Lecretia Ann completely owns up to. Behind here is a team of smoking players keeping equal footing, from the sizzling hot guitar to the spot-on percussion there just isn’t a flaw to be heard.

Being from South Carolina, the southern roots are taken pride in throughout the music scene of both Carolina states, so it is always nice to come across anyone from that region, and Lecretia Ann delivers playing shows on a regular basis. I like everything about both-of these tracks, but as mentioned before, the album is plentiful of other stand out tracks, it is an extremely consistent record that way. I was immediately impressed once I heard the first track, but I have spent more time spinning these two in order to emphasize them to speak for Better Thangs.

“Roll It Up” is another story altogether, not being relationship based, and more of a rocker at heart, which you can tell Lecretia Ann does have that side to her. This is much more of a fun-loving track about going out and having a good time and feels like rolling up another night of fun. The point is short and sweet, and the uplifting track is simply contagious with a spirit that keeps it that way. I am not sure which of these two tracks I have given the most spins, but they’re equally fantastic and so is Lecretia Ann and the rest of her songs.

The music of Lecretia Ann has been heard all over the world in partnership with the radio plugging services offered by Musik and Film Radio Promotions Division.  Learn more https://musikandfilm.com