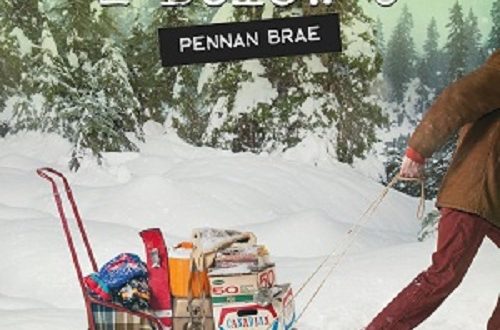 In an era of artists sounding like one after the other, Pennan Brae scores an unusual home run before anything else: originality. His entire style proves to be an eclectic set of contradictions, yet the marriage of said contradictions nonetheless produces a sort of unearthly coherence to the whole image. While Brae publicly displays a sort of raw, old-school masculinity in his marketing choices – often appearing in cowboy boots and blue jean jackets a la a fashionable Anton Chigurgh, the lyric video for his new single ‘The Love That I Got’ goes a decidedly different route. Shot entirely in black-and-white, the video is a bizarre collage of 50s-styled cartoons, include a one Betty Boop riffing on a grand piano. Adding to that are the lyrics themselves, thematically seeming to yearn for simpler times – said sentiment added to by Brae’s purposeful delivery in semi-cacophonous, evocative fashion.

Part of Brae’s quirky approach to music-making may lie in his distinctive, Canadian roots. Hailing from Vancouver, home of the post-modern indie music scene, and distributed and represented by UK indie rock label Independent Records Ltd. Brae doesn’t seem interested in pleasing the way many artists in established Hollywood circles aspire to. There’s a sense of being untamed, almost unowned to a certain extent in the way he sings the chorus a la But I cannot stop the Love that I got/I’m fraying You’re praying/But I cannot block the Love that I got. Add to that in the lyric video a montage of Disney cartoons with a particular emphasis on Goofy and you’ll probably get the idea. Canadian creative approaches to arts and entertainment have their own, distinct touch – a little darker and more edgy to issues and topical themes often glossed over in American productions. Indeed, this is reflected by the way Brae specifically sings about an arguably light-hearted, free-spirited mentality.

There’s a sense in his vocal performance that he’s not at rest, that there’s an almost sort of angry, cauterized nature to his cadence and sense of rhythm. Adding to that is the ambience created by the sonic disconnect between the slapstick nature of the cartoons with Brae’s said vocal range, in the process making the listener feel almost as if the artist thrives on the old bait-and-switch. Brae almost lures you in stylistically, but then also leaves you feeling cold – in all the right ways. The song, while clearly nostalgic and familiar in its inspirational qualities, still maintains an unpredictability that is as compelling as it is a little creepy. It’s the kind of kinetics one hears in music before the digital era, when music labels were stamped on vinyl and film stock was cut with scissors.

All in all, Brae succeeds viscerally and originally with an unlikely set of ingredients. It’s a rare thing for an artist to feel inspired by earlier glory days in the genre, without actually being in some ways creatively indebted to said inspirations. Brae proves a worthy exception to the rule, and with good reason. The lyrics are strong and snappy, the production value professional without being flawless. Basically, the song flat-out rocks.