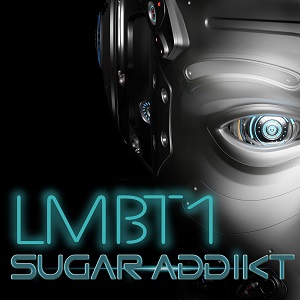 Whereas, Seattle was once known for its burgeoning Rock and Grunge scene, birthing many modern icons, it’s now a hotbed for Trap and Electronic music. Sugar Addikt is an act from the Seattle area, who has rooted their sound in Electronic Dance Music. Comprised of Vanessa Littrell and Mario Inchausi, the duo has a new single out, called “LMBT1.” The song is a sort of text talk, of course, and actually stands for, “Let Me Be The One”. Relatively new to the scene, Sugar Addikt looks to make great strides with their latest release.

Mario Inchausi has a rich background, having worked with names like Shakira. Sugar Addikt seems to be built around the vocal stylings of Vanessa Littrell, and prominently showcases her on “LMBT1.” Inchausi creates soundscapes and beats that are almost aggressively rapid, ensuring that you are engaged from the start. Sugar Addikt comes on strong, with this release, and it proves to be a sound approach. This song would have a place in any Dance Club, around the globe, regardless of how trendy or exclusive it may be.

It’s not entirely clear how Inchausi and Littrell came together for this project, but it would appear that the latter enlisted the former. This would explain why Vanessa Littrell is so heavily featured on the track. Her vocals are bright, but controlled, and she even tends to croon a bit. There are moments where she really displays her range, and others where she is rigidly subdued. Her presence on this track is crucial, as it makes the piece feel much more layered. Speaking of layered, there’s a dual vocal track used for Littrell that results in something of a crescendo on “LMBT1.”

The production on the track is strong, and it’s encouraged that you experience it on earbuds or a state of the art system. You really get the full effect of “LMBT1,” when you become enveloped by its myriad of sounds. It’s an incredibly busy piece, but still manages to have a sense of dynamics. The band knows when to pull back and allow Littrell to shine, and also when to flood the song with noise. If you allow yourself to get lost in “LMBT1,” you likely won’t regret it.

As aforementioned, “LMBT1” is from an upcoming Sugar Addikt record. It’s not known if the album will be full length or an EP. It’s said that from a lyrical point of view, that Vanessa will be covering everything from mental health struggles to relationships. With Sugar Addikt’s blending of genres, to listen to them in either a full length capacity or as a single is gratifying. As for now, “LMBT1″ is a competent and revealing introductory piece for those unfamiliar with Sugar Addikt. It’s a song that’s certain to make an immediate impression, and to the duo’s credit, that seems completely by design. You can find Sugar Addikt on all major media and streaming sites.