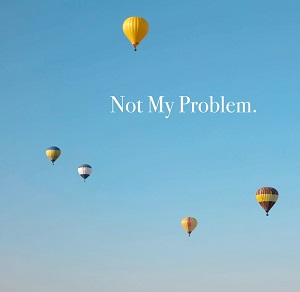 Talon David – “Not My Problem” (SINGLE)

Effervescent pop music is something that, at a glance, the general public reaction towards is  split. It’s one of the easiest genres to pull off, some will say. It’s everywhere and has a long history of success, right? Well, as true connoisseurs of pop music will be certain to sternly tell you, crafting a hit pop song is among the hardest accomplishments in the landscape of modern music. Making something not only relatable, but catchy and able to play to audiences of any and all demographics can take hard work, but more than that it can require a great sense of humility as well as a strong backbone to give the song any sort of lasting power. Luckily, these adversities don’t seem to be a problem for budding talent Talon David.

Talon David’s new (and appropriately-titled) single “Not My Problem” harnesses the genre warmly in its grasp and offers up a new, catchy beat about the freedom one might find after realizing their baggage tied to another person actually isn’t their problem anymore. The lyrics are as fun as they are emotionally honest and raw, with David declaring something many have felt but aren’t audacious or adept enough to write a song about. The release comes not long after David’s Christmas 2020 EP, a brief three-song trio released for the holidays a few months back, and joins the ranks of Talon David’s other singles “PB & J” and “Indigo of the Night.”

The production in “Not My Problem” is well worth mentioning, as it opens with a crisp and bubbly electronic melody before David’s vocals enter front and center, singing “So I guess that’s it, you look me up and down / flipped your hair and said that you were through (uh huh.)” The level of attention paid to David’s voice is exquisite – crystal clear vocal quality is clearly something Talon David wanted to focus on, and for good reason; she has the pipes to back up the clarity and, keeping in line with the core thematic weight of the song’s lyrics, she has the confidence to show it off. The proof is in the process and Talon David isn’t one to tiptoe.

The song’s melody is infectious enough to make the most brooding person want to dance down the street, keeping in step with Talon in the chorus; it’ll certainly remain stuck in your head and require multiple listening’s to get it out. The entire tone of the song is a joyous celebration of independence and comes at a time when people might be able to use it most. Talon David shows off her finesse and experience by fully realizing the limits and strengths of a great pop track within less than three minutes.

Overall, a song like “Not My Problem” is an easy recommendation. It bears its heart on its sleeve and isn’t afraid to throw a party for itself, as long as you BYOB (with the last “B” standing for “baggage, in this case.)

The music of Talon David has been heard all over the world in partnership with the radio plugging services offered by Musik and Film Radio Promotions Division.  Learn more https://musikandfilm.com