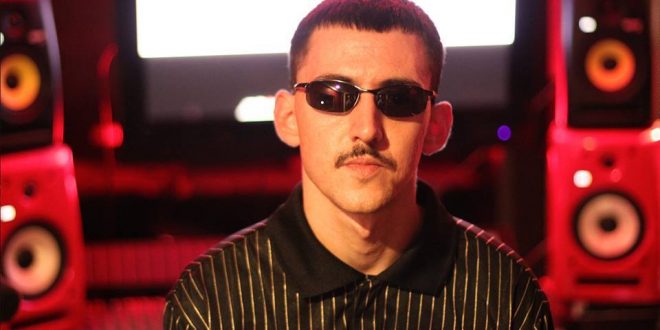 The Best of Matthew John

Pop music has been a boring follow for a lot of us in the last couple of years, but outside of the mainstream, the underground has been producing some really rousing content courtesy of artists like Matthew John, whose new record The Best of Matthew John is hitting record stores this summer with four of his most beloved songs comprising its tracklist. John unleashes his sensuous serenade in “Let’s Begin Again” with a fragile intimacy that has become somewhat of a rarity in pop these days, but in other songs like “Reach for the Stars” and the pensive “You Are There,” we find him as assertive and blunt in his lyricism as ever, giving up performances that make this one of those uncommon Best Of discs that actually lives up to its name.

The emotive depth in these tracks is uncontestably the strongest focal point for us to behold in The Best of Matthew John. Whether he’s patiently distributing textured harmonies like it’s second nature in “Reach for the Stars” or blanketing us with his vibrant vocal stylings in the smooth-moving “Shine for Me,” John’s heart is always on his sleeve here, and there’s never any question as to whether or not he’s being himself with us – it couldn’t be much more obvious that he is. There’s so much emotion in the buildup to the chorus of “Shine for Me” that it’s hard to look beyond the lead vocal, but beneath the gorgeous lyrical landscape lies an instrumental backing track that is anything but an afterthought.

String play is the dominant force driving “You Are There” and “Let’s Begin Again,” but these two tracks don’t make the mellow poetry of “Shine for Me” and “Reach for the Stars” dismissible in the slightest. The Best of Matthew John gives us the best of both sides of John’s musical personality, and I actually think that these four songs represent who he is as a songwriter without overindulging in vulnerabilities or self-awareness. Accomplishing such a feat certainly isn’t easy, but Matthew John has proven himself to be the very antithesis of the contemporary lazy recording artist in the last couple of years. He’s a student of the old school, and ironically, his sound is one of the more forward-thinking that I’ve heard in a long time.

If you weren’t already listening to Matthew John prior to now, then this latest record from the melodic singer/songwriter will be more than enough to get you hooked just the same. The Best of Matthew John gives us a fairly complete portrait of who this guy is as an artist, and moreover, what makes him tick as a composer, which is obviously something that most any devoted audiophile would be interested in taking a look at. At just under fifteen minutes, it’s easy to listen to this extended play without feeling suffocated by its insularities, but I found that one spin alone is often not enough to fully appreciate the harmonious swagger that it has to offer. In short, this is definitely a great summer go-to for pop fans with an ear for the elegant.

User Rating: Be the first one !
Share
Previous “Beaming Right Up,” the debut music video from Makes My Blood Dance
Next Richard Lynch Band releases “Think I’ll Carry It On” LP