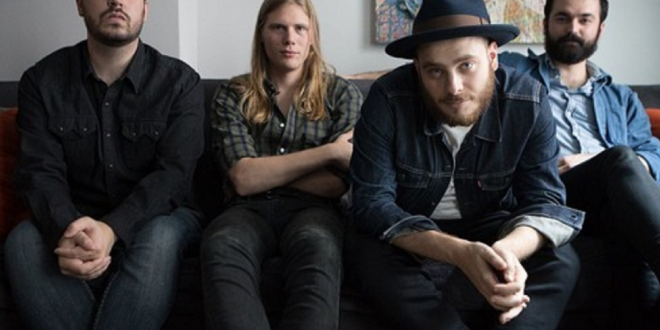 The contrast generated between the bassline beating against the familiar rhythm that we find in The Chordaes’ new single “Venus” isn’t the only draw that the interstellar rock song boasts, but it certainly is one of its more refined attributes. The Chordaes strut with total confidence through the subtly crafted tonality of “Venus” and its jolting sonic parameters, and the juxtaposition that transpires between the equally well-produced instruments becomes one of the most glowing elements of the track. Our ears naturally gravitate towards the color, or lack thereof, which is being crunched under every authentic note circling around us, and while the experience is one that wasn’t necessarily designed for listeners who just want to rock out to electrified variations of the blues, it’s precisely what audiences with more sophisticated palates crave in modern alternative music. The drums thunderously stagger as we step closer to the fever pitch of the song, but even as the percussion starts to take a backseat to the magic being conjured by the strings, keys and vocals, there’s never a doubt that all four players are pulling their weight.

The lyrics of “Venus” are as sublimely riddling as the swankiness of the beat, but The Chordaes seem to go out of their way to make the brilliant, deliberate discordance of the music the star of the show. The words facilitate the harmony magnificently and come in and out of focus amidst a sonic smokescreen generated by the backing band. We can feel the emotion in Leo Sawikin’s vocal, and it’s almost more powerful than the verses he’s actually singing. The entire concept reminds me a bit of Ween in the sense that the group’s experimentalism in this track puts abstract tonality above everything else. The melody here is rebelliously sharp, blasting through any barrier it comes across, lyrical or otherwise, without any sort of inhibition. The bottom end is well defined and if we listen closely enough we can actually here its attempts to penetrate the fluttering guitar riff that’s pushing the song along with the drums.

The mix of “Venus” is fascinatingly twisted and captivating to put it mildly, and there’s no question as to whether or not you could make an argument that it’s one of the most exciting features that the single brings to the table. Kevin Killen, who needs no introduction within elite circles of the music industry, frames the single’s texture impeccably and really makes it easy for us to focus on its more subtle details. The Chordaes’ instrumental command has gotten significantly tighter since their debut, which is evidenced in the precise execution of the music in this song. The melody is haunting and leaves a big impression thanks to the chaotic equalization that it’s filtered through, and despite its experimental edge it follows a straight enough path to appeal to casual listeners and pop fans alike. This is one of The Chordaes’ most complete, thought provoking and evocatively imaginative compositions released to date, and while it admittedly benefits from the intense, robust production polishing by Killen, make no mistake about it – this is The Chordaes’ at their most passionate, authentic and dedicated to the music.