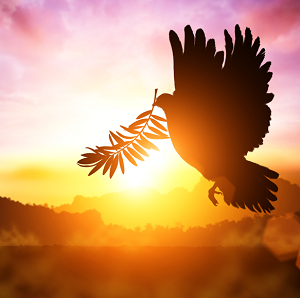 “Here is the peace formula / Please take it my friends” offers a humble-toned Sankarshan Das in the chorus of his new single “The World Peace Formula,” much of his vocal getting absorbed by the grander harmony evolving from the strummed strings. His words are so simple, and their demands nothing too great for the leaders of our world to oblige, but the very essence of his message is steeped in controversy due to its seeming implausibility. Das doesn’t care about the odds here; peace is his prerogative, and he’s willing to do whatever it takes to find it.

There’s literally no compositional or executional tension in this melody. Everything flows with an honest ease that makes it obvious just how little interest Das must have had in doing anything technologically advanced with the structuring of this song. The music video is much the same in this department, but I don’t believe either can be described as self-righteous about their unpolished style. This isn’t a piece that was made to put anyone down or look more important than anyone else – it’s real folk music from a real folk musician, as difficult as that may be for some critics to digest.

The music video for “The World Peace Formula” is conceptually retro for sure, but I like the way it plays out regardless. I don’t believe that every video made in 2020 needs to be dripping with oversaturated colors or visual devices that could induce a seizure in someone with epilepsy in order to be considered provocative or edgy – contrarily, I actually think something basic like this will start more conversations among viewers than doing something cinematic would have. Sankarshan Das isn’t looking to be Kubrick here, and if he is, he definitely picked some strange material to employ for the experiment.

Beyond its melodic charms, which often seem endless when enjoying the song without any external interruptions, the message behind “The World Peace Formula” is vital to every member of the human race right now. Kindness and kinship are the theme here, and while they might not be the most marketable of subjects to insert inside of a folk/pop tune like this one, they’re what give Sankarshan Das a boatload more respect and authenticity than most any of his peers in or outside of his scene will be acquiring as the dreadful year 2020 slowly shifts into 2021.