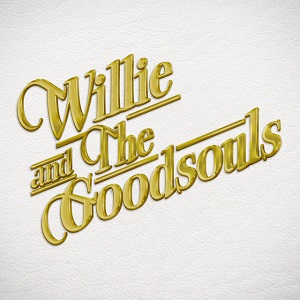 Willie and the Goodsouls Self-Titled (LP)

The standard of living in Finland really does seem like it’s the best. Seriously, look at the fact that it’s been voted the happiest country in the world for four consecutive years. Even when faced with the daunting aspect of six months of winter and darkness, there’s a heartfelt community founded based on working together over competing to get to something first.

It could be tied to universal health care, or the large middle class operating with minimal poverty, and even those in the less fortunate demographic are still given the opportunities to achieve great success through heightened standards for education.Another resoundingly positive example of the brilliant work coming out of Finland comes from Turku in the form of Willie and the Goodsouls. The area is, among a variety of things, known for its prime musical offerings and close-knit independent music scene.

Within this very scene, Willie and the Goodsouls find themselves steadfast at work on their third album, following their debut “Fortunate Son” and sophomore release “Free Willie” with an eponymous effort. Sharing the same classic stylings between projects with an album cover that matches those that came before (gold font depicting the band’s name over a colored background, this time white), the sounds remain wholly the same — fans of WATGs’ earlier outings as a group will find plenty more to admire in the self-titled release, and newcomers are in for an unexpected treat. The niche that WATGs has made for themselves is one most spend an entire career chasing; Willie and the Goodsouls have managed to keep it up since their 2014 debut, polishing the scrappy Americanized rock sound the more they progress as a group. With such offerings as “I Want In,” a cool throwback tune that could be played against a heist film, à la “Just when I think I’m out, they pull me back in.”

The attention to style in each song gives the project a fully unique statement within every single track, with the variety allowing the band to flex a varied set of instruments in each. Outside of the pure rock ensemble, “Baby I’m the Man” prioritizes something quieter, though still undeniably rock. This track feels like the most “popular” composition with its tonal attachments to modern indie, but its brevity takes the song off the board before the hipsters can get wind.

The proof is evident in the Finnish pudding, as it were. There’s a great deal to take away from life in Finland that doesn’t necessarily directly stem from Willie and the Goodsouls as a group, but they might as well be a direct contributing factor with how upbeat and intrinsically pleasant their music and overall vibe comes off. The gap between projects for WATGs has grown longer with this self-titled piece but the fact that all of us more or less lost a year makes it feel less drastic. There’s hope a new project will be here to further inject some good vibes into the hearts of rock fans worldwide, but until then, this self-titled entry will more than get the job done.

Share
Previous Rohan Solomon “We Demand Change” (SINGLE)
Next Bill Abernathy “Who Are You, Who Am I?” (EP)