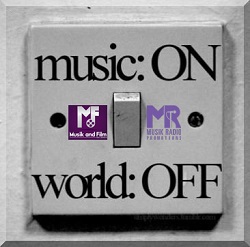 Musik and Film Delivers World Wide Radio Promotion, and So Much More…

Industry without inspiration never leaves a lasting impact. Hard work and discipline often produce a reliable product but, without the spark of love behind its creation, posterity will take a dim view of its ultimate worth. Ten years ago, worldwide charting singer/songwriter, musician, and producer Stephen Wrench launched Musik and Film, LLC, henceforth referred to as MAF, began the radio promotion side of their multi-faceted business, Musik Radio Promotions, with connections to 6,000 radio stations. Wrench utilized his 40+ years of experience of working with artists such as Lynyrd Skynyrd, Bonnie Raitt, Vince Gill, and many others along with his deep connections with major labels, media outlets, and television networks. His hard work behind the scenes securing label deals for an assortment of artists further testifies to his unending love for music and entertainment. MAF Vice President and Co-Founder, Rhonda Houston brings three decades in sales and marketing and a thorough knowledge of the modern digital music market, among other qualities and skills, to the table and their shared love for self-expression, in its many forms, is responsible for helping established and new musical artists find exposure has expanded their roster to a 250,000+ million radio outlets in 180 countries today. These are AM/FM stations, satellite radio, and their internet counterparts. Hard work brings these results – to be sure. What pushes it over the top, however, is relentless passion the intervening years have only strengthened.

Some may be skeptical. They will say, “Isn’t it a streaming world now? Shouldn’t we concern ourselves more with outlets like Spotify, Bandcamp, and Soundcloud? What about social media?” These are important platforms, without question, but radio continues to rule the roost as the most prominent medium for releasing new music. A recent study discovered 92% of the music listening public are regularly tuning in to some form of radio programming. Times change, but the cachet of getting your music played on radio abides and still legitimizes performers in a way other platforms cannot match. Musik Radio Promotions recognizes this and devote themselves to placing new and veteran artists with the right stations.

They further recognize that the world doesn’t revolve around the American market alone. Instead, Musik Radio Promotions adopts a global approach and tailors their work for artists to find ideal markets for their music. The work extends over five continents and 180 countries. MAF charts artists on the Euro Indie Music chart and World Indie Music Charts with 160 stations reporting from 60 different countries. These include Billboard, Mediabase, and other important measures of exposure. Passion and inspiration define their production services as well. Members of the MAF team boast an impressive list of past credits they have charted such as Jason Derulo, The Rolling Stones, Jennifer Lopez, and David Guetta, among many others. Platinum producers such as Robyn Robins, responsible for mastering over three thousand release worldwide as well, do not grow on trees and Musik and Film Production associate themselves with the cream of the crop rather than also-rans or never-weres. They are likewise capable of calling upon the services of top-notch session players to help strengthen material as well as tackling remastering and remixing that can stand alongside any major release.

MAF is also equipped to provide artists with music video production and promotion. Interested in the popular lyric video form? Or perhaps a video with still images including album previews? The MAF team can bring these ideas to fruition utilizing the latest filmmaking technology so clients can present a polished and professional product each time out. Their video promotion has the same sort of extensive reach enjoyed by their radio promotions. MAF’s work is a mainstay on outlets such as MTV, over a dozen of the largest video pools, FUSE ON DEMAND, and AXSTV, among others. They can put their connections with hundreds of music video blogs and websites, as well, to ensure as many eyeballs as possible view your promotional clip.

Repeat clients are common. Even a brief perusal of the company’s website reveals a wealth of testimonials from artists who have reaped rewards from their long-standing relationship with MAF. You don’t keep coming back for more and forking over fees for shoddy service and results. The time, love, and focus the MAF team invest in promoting artists through various methods and helping them realize their dreams is not the hallmark of workmanlike profiteers looking to make a buck and nothing more. It, instead, testifies to a company-wide understanding of music’s transformative power. MAF value their place in the creative food chain and the power they possess for making a musician’s voice heard over the din and clatter of modern entertainment.

This isn’t a company looking to gouge you. This isn’t a company who takes your hard-earned money and gives you a lukewarm return on your investment. Instead, you can describe what they do as advocacy masquerading as commerce. The MAF team work hard to make sure artists have a seat at the table of their potential success rather than leaving them twisting in the wind and reliant on either fate or luck to bring them popular and critical notice. This quality, among others, puts them more than a cut above your everyday promotional company. Instead, they are standard bearers for gifted musicians and songwriters who might otherwise go unheard.

We need companies like this is fast-changing times. The musical landscape, since the major labels collapsed in the wake of technological advances and decades-old corporate greed, is ever evolving and many of the old gatekeepers are fallen and forgotten giants. MAF fills the gap. Their broad-based approach to pushing an artist’s work leaves no stone unturned in its aim to bring them the renown and attention from popular culture. The clients who join them on this journey can be sure they will receive five-star treatment at every turn and the MAF team will work tirelessly to make sure they are in the best possible place to succeed.

If you are a musician, band, or songwriter who has a message, life experiences, and boundless creativity you want to share with the world, you cannot hope for better. MAF, in all its incarnations, will strive, push, pull levers behind the scenes, and make the necessary contacts to give you the exposure you desire. Put yourself in the best position possible to succeed. Make sure your voice is heard. Such opportunities do not present themselves every day and, when you harbor such ambitions, it is incumbent upon any musical artist to make the most of those chances. MAF are here to help you maximize the chance you reach the widest possible audience. Don’t pass it by – seize the moment and bring the full gamut of possibilities spring to life. If music and creation are your passions, align yourself with a company who shares those same passions. The MAF team will be waiting to hear from you.