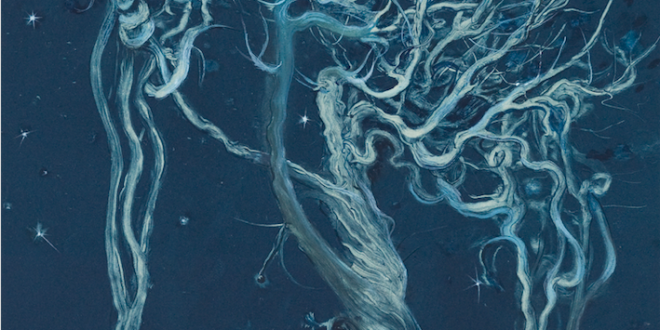 The axiom “a long time coming” is oftentimes used but perhaps no more appropriate than in the case of the vision of A Picture Made. Birthed in the early 80s, the foursome boasting friends and musical cohorts from Kansas and Missouri came together and joined their creative powers into a sound that garnered them plenty of acclaim in the Midwest and led to them joining acts like The Replacements, The Call, and The Connells on tour. And while this success only continued to encourage the young band, they couldn’t wait to get into the studio to create new music, music that was distinctly theirs.

Fast forward nearly thirty-five years and while rock and roll stardom may have bypassed the band, their desire to create and craft new music is as insatiable as ever. The result of that creative vision is the thirteen-track opus, Heal. Offering up lyrically heavy tomes over against musical soundscapes that dabble in rock and Americana arenas the album recalls bands like Fleetwood Mac and Crosby, Stills, and Nash, among others. But influences and comparisons aside, this record is fully A Picture Made, their vision realized.

That vision opens up with the stripped-down acoustic subtlety of “Heal Me” before expanding into the keyboard driven and experimental feeling “Quitting Now Would Be Treason.” It’s beautifully haunting, a foreboding note ringing throughout while “A Signal Hovering Over America” follows suit with further playful sonic textures, showcasing the band’s creative risks.

“Boxes On The Floor” presents something more conventional but no less enjoyable, the mid-tempo Americana styled track just begging to be played with the windows down while rolling down the highway on a sunny day. “Come To Me” contrasts with that sunny sonic viewpoint with a scarred, percussive look at love as “Behind Your Eyes” plays with a bright, eclectic arrangement that butts up against a bittersweet lyric.

Listeners looking for something a little bit out of the ordinary will surely dig “Locomo Mexico” with its stirring Latin-flavored guitar work and stirring percussion that give way to the rocking electric guitars of “Heal Me.” “Baby Boom Boom” provides a little levity as the band lets their hair down and just rocks out on the playful jam, showcasing some really strong rock chops with thumping bass and more rocking guitars while “God Loves A Hell of A Man” draws heavily from a 70s rock palette to make it’s point.

Offering a more subtle moment, “When You Get Down” offers up a lyric of encouragement and a warmhearted, almost pop-styled soundscape that accents the lyric solidly, lending the lyrics weight before “Music Is Love” sweeps in with further experimental notes, crashing piano keys, and other sonic hijinks that cement the album’s lyrical theme of love and healing. That’s followed by the album closer, the aptly named “Healed,” which shows off some smooth harmonies and further old school rock vibes.

With a lyrical message of hope and inspiration and an eclectic soundscape that draws heavily on Americana and rock influences, A Picture Made’s Heal puts the band’s creative vision front and center.

User Rating: Be the first one !
Share
Previous Gold Light and Snakemusk’s “Shadows In The Shallows” (LP)
Next Brian Cottrill – Through the Keyhole