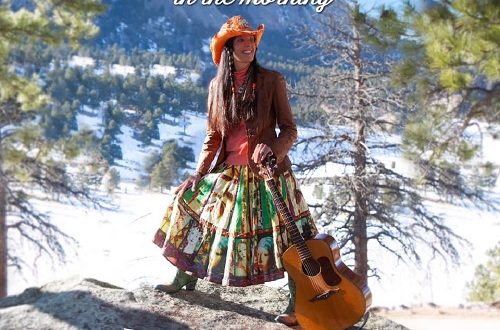 Bluegrass’ cultural presence isn’t isolated to Appalachia, nor is its influence nearly as insular as it was just a century ago. In 2020, bluegrass is seeing a revitalization alongside an Americana revival critics have been more than enamored with in recent years, and the biggest reason why just might have something to do with independent players like Barbara Jo Kammer. A Colorado-based artist covering classics in the ‘grass, folk and country genres, Kammer’s Americana-saturated Big Blue Sky in the Morning is a picture window into a modern roots music that doesn’t demand a lot out of its audience in exchange for a wealth of melodic charm.

“Revival (ft. Darrell Scott),” “Springfield Mountain Coal Miner” and “Cheap Whiskey” each have a heady folk tone to their presentation in this LP that proves once and for all that demeanor is everything in an acoustic setting. While Kammer is coupling the harmonies with a mild country stylization in her delivery of the lyrics in all three of these songs, the arrangement of the instrumentation remains relatively homespun in a truly folky manner. We’re getting a hybrid, but it never feels especially removed from the traditional versions of this material (a feat many of this artist’s peers have attempted to pull off while few have actually succeeded).

Producer KC Groves really did an amazing job with the definition of the strings in “Carnival,” the rambling “Sister’s Coming Home,” “Cattle Call” and iconic “Free Again,” and overall I think his work in the producer’s chair is partly why Big Blue Sky in the Morning feels as easygoing and friendly as it does. There’s some seriously brooding content in this tracklist – “Free Again” deals with recovery while “Shine On” aches in its stomp in a fashion linguistics could only somewhat capture on their own – but never does any narrative here feel inaccessible, even to the casual listener.

Judging from the structure of Kammer’s arrangements for “That’ll Be the Day,” the title track (which she also composed) and “You Gotta Walk That Lonesome Valley,” I definitely think that there’s enough substance to her style for fans to ask for an original LP out of her camp in the near future. She’s more devoted to covering classics out of the songbook of Americana than she is launching anything on her own, but if convinced to do so, this album tells me she could absolutely convert a lot of her historical appreciations into fresh, inspired ‘grass crossovers capable of spellbinding a new generation of fans.

I only just recently found out about Barbara Jo Kammer, but Big Blue Sky in the Morning has left me ready to hear even more of her unique sound. She doesn’t hold back from us in tracks like “Come from the Heart” and “A Perfect World,” the latter of which features Greg Blake in a dazzling duet – she puts everything into her performance here, and if it’s just a teaser for what’s still to come, this won’t be the last headline-making collection of songs she releases in her career.