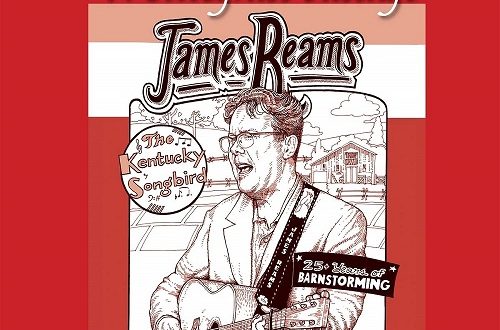 Fans of the bluegrass beat are getting a lot of treats in 2020, and if you’re looking for a documentary in the genre’s underground vein that won’t leave you unsatisfied, the James Reams biopic Like a Flowing River: A Bluegrass Passage is definitely a Prime Video addition that I would recommend you see this fall. James Reams and his band the Barnstormers are no strangers to indie bluegrass fame, but rather than trying to tell us his story through the music of his career exclusively, this film sees the singer and songwriter stripping away the cosmetics and telling us everything from day one forward.

That said, there’s absolutely a good mixture of music and commentary to Like a Flowing River: A Bluegrass Passage that doesn’t attempt to gloss over the tougher parts of the story with a happy tune. Reams is a veteran of the street life in every way that an artist can be, and while he’s open to talking about how romance, homelessness and life on the road have had an influence over how he approaches the microphone, he never makes the narrative here about anything other than the story of his music. In totality, this film isn’t a celebration of strife, but in fact the exact opposite (which might seem like a bit of a surprise, at least initially, to some millennial viewers).

The live footage included in Like a Flowing River: A Bluegrass Passage never feels forced into the film nor does it seem like something that Reams had to share in order to contextualize his feelings when telling us about how his relationship with his life partner or the trio he formed with Tom Paley and Bill Christopherson came to be. Honestly, had the flow of this documentary not been as easy and shorthanded as it is here, I don’t think it would feel as emotionally weighty at the end of the day.

While filler is never an issue for this release, I will say that it might be interesting for filmmakers to produce a follow-up to Like a Flowing River focusing solely on the collaborations Reams has engaged in with everyone from the Barnstormers to Walter Hensley, mostly because I think that there’s enough there to make an entire feature. There’s still more to be explored in the story of James Reams, but instead of this fact making the documentary seem incomplete, it actually gives its ending a little more warmth than it would have had in a different scenario.

Jam-packed with quality content and tailor-made for the audiophiles who have been breathing vitality into his career since the very beginning, James Reams’ incredible Like a Flowing River: A Bluegrass Passage is much more than a love letter to this artist’s fans – it’s a crown jewel to fit atop his discography. It’s definitely made me want to go back and listen to more of his work with a different pair of ears than I might have previously, and with these types of films, what more could you want?

User Rating: Be the first one !
Share
Previous “Together” (SINGLE) from American Greed
Next NICK JOHNSON