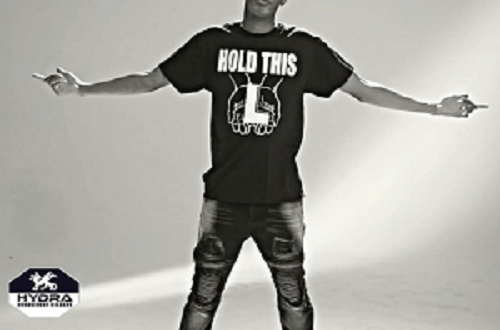 Conceptz is a brother duo, hailing from Orange County, NY. Their new single, “Hold This L” is a furious rampage of precision and recalcitrance, that will likely make a believer out of even the most jaded critics. With one brother manning the mic, and the other, the console, the bond between the two is foolproof, even when it comes to the treacherous battlefield that is the music industry. Their talent is rivaled only by their ambition, and when you learn what they have already achieved in just around 8 years time, you might not even believe it. Their truth is stronger than any fiction, though.

To say that Conceptz has had a charmed path, thus far, would be something of an understatement. Not only was their first show at the BET awards…..their FIRST show…but they have already been nominated for a Grammy! Now that is not to say that they haven’t put in the time. As aforementioned, they formed Conceptz, in 2012. But the doors that have opened for them, can’t fully dismiss a quite divine purpose for the brothers from NY.

Conceptz already has a story with a propulsive sort of sensationalism to it. As a result, they have adapted an enigmatic presence, that gives them that rare, but coveted sort of intrigue. They’ve shown hints of being brash, but their work on “Hold This L” is more deliberate than flamboyant. The performance on the track is hyper-focused, with strong overtones of taunting. The cool factor on “Hold This L” is comparable to the other side of the pillow.

One of the first things you notice about Conceptz on “Hold This L” is their remarkable sense of dexterity. From virtually the opening note, their delivery is like a furious assault from all directions. It’s chalk full of modern references, including the obligatory blasting of the year that was 2020, and the great quarantine shut in. Conceptz’, Hydrophawnix is like a final boss in a video game, with his verbiage hitting you from every direction. You have no time to think, only to listen and absorb.

Musically, “Hold This L” is rather minimalistic, and honestly, that’s all it needs to be. We hear what appears to be a sporadic tambourine, and basic beat structure, that is urgent and hypnotic. The primary focus is on Hydrophawnix, as it should be. He offers an implicit and direct message to Conceptz’ detractors from yesterday, today, and tomorrow. The statement on “Hold This L” is simple; take the L, because Conceptz has taken the W.

Conceptz is an act that we have not seen or heard the best from. They are going to push the envelope, until it’s not only off the desk, but onto another one, completely.  Their confidence has to be soaring after how well they have been received, and success begets more confidence. Their familial bond, will hopefully keep them from falling victim to jealousy or avarice. It’s a musical project, with integrity, love and trust amongst its members; what a concept.