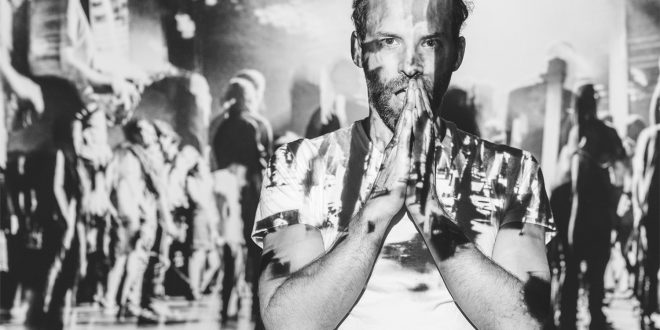 Fade In by Matt Shapiro

Fade In, the all-new EP from the critically acclaimed Matt Shapiro, is a record that knows no stylistic boundaries or limitations, but if you think that this would make it anything other than a focused and shockingly tight 6-track treasure chest of harmonies, then you don’t know its composer very well. Matt Shapiro has been on a steady ascent through the hierarchy of the New York underground, and in Fade In, he issues the sharpest poetic rock songs of his professional life so far. Opening with the undying grooves of “Rockaway Girl,” it doesn’t take very long for anyone within earshot to become entranced by the foreboding melodies that propel the record’s sonic waves.

“Geneviève” is one of the more haunting tracks contained on Fade In, utilizing little more than an understated melody to draw us ever closer to its stylish hook. It’s not as muscular nor is it as physically engaging as “The Addict” or “Rockaway Girl” are, but it’s nevertheless a really cutting, lyric-driven song that could make for a very smooth single if Shapiro decided to release it as such. Fade In employs an EQ that could be deemed abrasive in comparison to most mainstream pop, but I think that these type of compositions demand as much from behind the soundboard.

The verses in “Johnny” and “Water’s Edge” are charmingly surreal and flirt with over the top theatrics now and again, though I think that their strain of indulgence is much less pronounced than what we find in “Is There Something Going On?.” Matt Shapiro has never gotten as much credit as I’ve always felt he deserves for his dynamic prose that often marks his singles with a yearning emotionality that is sadly all too rare in today’s typically passionless pop culture, but I think that might change in the wake of Fade In’s success. This material is too accessible, too intimately executed, to provoke anything but excitement amidst the present day talent-lull in American indie rock.

Saying that Shapiro’s latest record is a layered work of art just wouldn’t do the multidimensionality of this piece justice. Even in simpler tracks like “Johnny,” he’s firing on all cylinders and imprinting so much of his personality into both the music and the lyrics that are being presented to us. Everything here stings with a poetic vulnerability not dissimilar to that of The Smiths’ most iconic releases, and although it’s far from being bound by punk rock ethics, it refutes the very notion of blending in with the crowd by espousing a rebellious musical might that isn’t easy to categorize by ordinary standards.

Matt Shapiro’s Fade In is a sizzling extended play that comes to us inundated with vibrant overdrive and riddled with more emotion than he’s ever displayed in-studio before. It’s a watershed moment for the young New Yorker, and though he’s never disappointed critics in the past, it definitely raises the bar for both his future output and that of his closest rivals on the east coast and abroad. He’s ready for the primetime stage, and this record confirms it.

User Rating: Be the first one !
Share
Previous The Vics’ release “Proud” & “Fourth and Clay” Singles
Next Derrick Davis delivers the goods via stunning LP