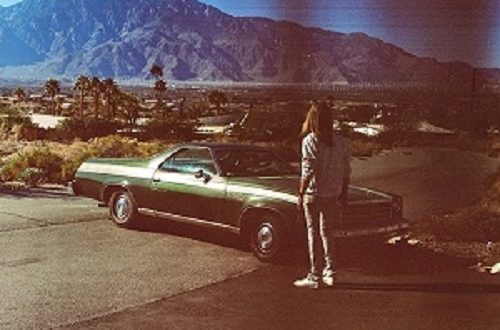 November 2, 2020 CATCH OF THE MONTH, MUSIC REVIEWS, PICK OF THE WEEK

Sound is relative. So is emotion. Everything is individualized at the most fundamental of levels when we break down art, whether it be rock n’ roll music or sculptures made of clay, but there’s something particularly transcendent about a piece that breaks the boundaries between two mediums. What is it to experience sound in the most physical of capacities possible? Furthermore, what is it to know a melody in this context, and to exploit a harmony for its textural presence as much as we do a lyric’s brooding statement about self and situation all at once? In Undeaf, his debut album under the moniker of Hēran Soun, Oakland-based artist James Freeman-Turner explores these questions with a moxie that is limited almost exclusively to the elite class of indie artists among us in 2020, and, for that matter, the history of alternative music in general. While his is far from the lone debut I’d recommend to listeners this autumn, it’s unquestionably one of the most moving portrayals of a relationship between player and songcraft that I’ve had the pleasure of reviewing in all of 2020.

Physicality defines this LP in every possible way, and to understand precisely what I mean, you needn’t look much further than the opening track “I Offer.” Lurching out of the silence at a deliberately uneven pace, hesitance guides most every movement in this song. Compositionally speaking, there’s an electronica-faceted ambience seeping its way into the harmony that brings the catharsis to the surface here, and yet it’s never presented to us in its full-color state – only hinted at, through textured pulsations from the bass that will become a signature of the album’s sound. Freeman-Turner’s vocal is layered as if to inspire a surrealism at the forefront of the mix contrasting with the minimalism of the backdrop; the result of the ensuing clash is a melodic release at the 2:23 mark that simply sends chills down my spine every time I listen to it. There’s such a deep connection between the musician and the music that it’s almost difficult to tell where instrumentation ends and the vocal begins, further alluding to a yearning that linguistics on their own could never have accounted for.

If there is a single song in Undeaf that summarizes the motif of the record’s mood more than any other, it is undisputedly “A Picture of a Woman.” Unleashing an ocean of muscularity beneath its bassline without any sort of prerequisite preparation, this track offers the audience a sense of mortality via the coupling of elegant harmonies (a suggestion of maturity) and raw textures of the most refined quality (innocence, youthful angst), immediately reminding me of some of the best cuts off of Timber’s AOTY-nominated The Family (2018) and Milquetoast & Co.’s Kashmir the Great (2020). Much like those two releases, this record invites a postmodern influence into the structure of its material more than it ever does the cosmetics of the music – hence why there aren’t any overt instances of instrumental showboating beside the provocative harmonies we hear in every song on the LP.

The inescapably melancholic vibe left in the wake of “A Picture of a Woman” bleeds into “The Same Battles (So Close)” without skipping a beat, but it’s in this track that we start to appreciate just how much depth Freeman-Turner intends to demonstrate as a sonic magician behind the board. The levels here are pressurized as to make even the fleeting string melodies in the middle of the song sound really achy and desperate for attention, which in turn adds to the authenticity of our leading man’s lyrical commentary – as seemingly reserved as it may be. There isn’t an occasion in the whole of Undeaf in which the music isn’t multilayered in presentation, but it’s always constructed in such a collage-like form that the rich ambience of tracks like “Bad&Worse” can’t help but overwhelm the listener (in all the right ways, mind you).

The extended instrumental portions of this album definitely lend incredible tonal definition to the piece as a whole, and to some extent, I think it’s telling of an internal anguish in Freeman-Turner’s artistic persona that resolves itself under the surface of a smothering rhythm – like that of the sexy “A Lover Waits” – and really nowhere else. “A Lover Waits” feels like the first flirtations one would experience at the onset of a torrid love affair, and slowly but surely, it evolves into the first legitimately progressive track on the album. Disturbingly retrospective in its lyrical emissions but highly fluid with regard to its placement in the tracklist, this could be deemed the most critical segue composition of any I’ve heard in indie music this season, and that’s no small statement to make if you’re as versed in the output of the American underground as I am.

“When You Wanted” is unrepentantly hesitant from one end to the other, but that’s exactly how it expresses vulnerability to the listener. There’s something truly underrated about an understated harmony like that of this song’s impossibly warm climaxes, and when allowed by Freeman-Turner, the synthetic edging here frames the elegance of the melody as it was suggested early on in “The Same Battles (So Close)” in a way that could bring even the more novice of audiophiles to their knees. “In My Mouth” brings the fragility that both of the aforementioned tracks are built atop of to a fever pitch that comes completely undone as we sink into “Let Me Go,” a song which compositionally reinforces a constant sense of control on this musician’s part through its lyrics and instrumental faceting the same. A fragile disposition is, ultimately, how James Freeman-Turner separates himself from the Louis Mojicas of the world in Undeaf; with a lack of flamboyancy in his actual delivery, he shows us in moments like those in “Let Me Go” that even his loudest displays of emotionality will inevitably approach the audience in a subtle fashion, through an oppression perhaps as passionately self-inflicted as it is uncontrollable by the song-narrative’s protagonist.

From where I sit, “Back Words” is the only track on this album that is everything its title would suggest it is on paper and then some – designed around a jazz-like descent into madness (the likes of which come only as the result of expending energy in a breathtakingly cathartic fit ala “Let Me Go”), this song doesn’t try to obscure its rough edges so much as it embraces what they tell us about the deeper mood beside the sparse sonic atmosphere. There’s a real desire to venture home in these lyrics, or at least visit the idea of what home is supposed to be in the LP’s most subdued melodic breakthroughs, and when sheltered from the storm, such as he is in “Back Words,” Freeman-Turner sounds almost folkish in his unfurling of the grander lyrical premise. He’s borrowing from classical post-punk experimentalism as frequently as he is the primitive conceptualism of California troubadours a hundred-years gone as of Undeaf’s official release date, all while giving himself over to his medium in a manner that doesn’t leave much room for the typical west coast pretentiousness – at least as I’ve come to know it as a critic.

Underneath the brawn of the harmonies in “Barricade,” there are shades of an actual pop songwriter that certainly contradict the super-indie imagery Hēran Soun is packaged in with the release of this record, but I would be lying if I said I wasn’t sincerely attracted to the passionate release it yields. James Freeman-Turner’s compositional grasp seemingly knows no boundaries in this tracklist, but his willingness to color outside of the lines seems to be directly tied to whatever the specific song he’s playing calls for both tonally and texturally. I don’t know if I’ve heard an LP as tangibly muscular as this record is in 2020 – even when played at relatively moderate volumes – let alone one as efficiently structured from top to bottom.

The final song in Undeaf, “Who Are You,” is the coming-undone that all ten of the tracks preceding it could only wish to find on their own, and it’s the grand finale to the larger performance here that I would want to experience as a fan in every way. Freeman-Turner finds his escape sonically and, as it’s implied, spiritually, and he instantly vanquishes the barrier separating himself from the shelter he so desperately pled for in “Bad&Worse” and “Barricade” without turning any of his melodies over to the plasticity of a mainstream pop model. This moment is explosively emotional, but it slips into the air around us all too softly to provoke any response other than meditative bliss.

Boldly haunting, thought-provoking, and removed from an increasingly nihilistic lyrical theme in American alternative music, there’s no other way to put it – Hēran Soun’s Undeaf is absolutely the most complete debut album I’ve heard from any artist out of the west coast underground in the past two years. When consumed in its entirety from start to finish without any sort of external interruptions to come between the listener and the lush sonic output to be discovered in this LP, Undeaf is a story of humanity and emotional connectivity with art as told through the majesty of melody, the presence of percussion and the brilliance of ambient poetry as no other artist I’ve reviewed in 2020 has produced. Hēran Soun might be a foreign handle to most audiences today, but with the talent its driving force in James Freeman-Turner brings to the table, I don’t imagine this remaining the case for very long.

User Rating: Be the first one !
Share
Previous MARC MINER
Next “Everybody But Myself” by Rad Horror