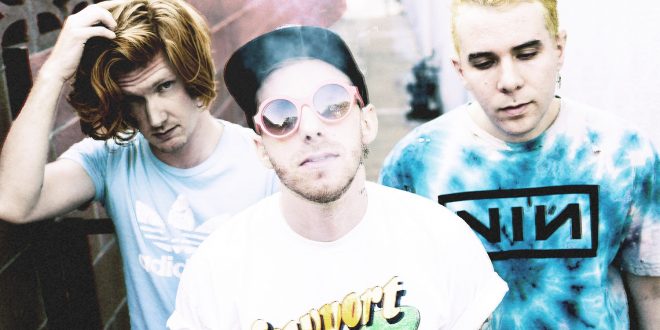 “Everybody But Myself” by Rad Horror

Rad Horror aren’t your average millennial indie rock act, and in this sense, their new single and music video “Everybody But Myself” isn’t your average millennial indie rock single. Beyond its post-pop cues and stylistic origins that seem clearly rooted more in the cerebral side of rock’s history than it does anything in the heart-pounding, full-throttle category, “Everybody But Myself” is a very introspective piece of music whether you’re analyzing it from lyrical, instrumental or production perspectives, and I would invite anyone who is a fan of left-leaning pop/rock to make a point of doing so as soon as they can this fall.

For a lot of bands, 2020 has been the impossible year – the final death blow to careers built almost entirely on stage presence and a hearty touring schedule – but this is not true of Rad Horror in any capacity at all whatsoever. They’ve been cooking up a storm in the recording studio, and in this most recent release, their diverse influences as a group come into focus in a way that I didn’t think we would be experiencing until they had at least a couple of albums under their belt.

There’s not much of a kick to the percussion in this single or its accompanying music video, but the beat is still big enough to where I would definitely describe it as monolithic beside some of the others I’ve heard in similar content this fall. The bassline is arguably just as brawny and ready to come down on us at the right volume, and even though Rad Horror probably didn’t need to work as much of this into the mix as they did, I can get where their heads were at in deciding to do so.

With how frail some of the vocal harmonies tend to feel near the climax of “Everybody But Myself,” there was some necessity in providing a masculine demeanor through the bass component, and where some journalists might be quick to take issue with the experimental style of this element, I think it’s a brilliant act of individuality from the band in general. Nothing ever diminishes the importance of what the singer is trying to convey to us with his words, but instead magnifies the essence of his story through organically sonic – and not synthesized – means.

Though they’re a little rough around the edges and clearly not complete in their process of growth and evolution towards the mainstream they’ve worked so hard to compete with in 2020, Rad Horror have a charming attitude in the studio that makes me really want to hear what they’re going to do once they’re able to cut a full-length studio album.

They’re demonstrating immense growth as songwriters in this release, and provided they stay away from any and all of the plasticity their pseudo-indie peers are going to inevitably get lost in before the midway point of the 2020s, they’re going to do some great things for this expanding wing of the rock genre.