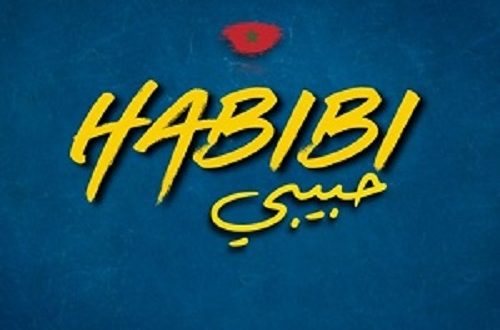 Though they’re not the typical flash point of warmth in a pop song, the synths that find their way into the mix of “Habibi,” the new single from acclaimed pop singer Ilyah, are undeniably one of the most sizzling components in the whole of the track. Whether encountered in the song itself or the Hollywood-shot music video made for “Habibi,” the synthetic harmonies that join with the natural tones of Ilyah’s voice are undeniably sexually-charged, and reason enough to check this single out. Pop is having an exceptional spring, but if it’s exotic, R&B-stylized beats that you need more than anything else, this is the man to go see.

Everything in this song centers on the vocal; the beats, the melodic faceting, even the construction of the hook. From the moment that he introduces himself towards the start of the track to the very second it disappears into the darkness once more, Ilyah’s serenade is the angelic centerpiece attracting our attention through the thick bands of bass and percussion. While it’s arranged with a very beat-centric framework, make no mistakes about this one – “Habibi” is a muscle-flex on the part of its remarkably talented lead singer.

Compared to previous studio cuts, I think Ilyah sounds a lot more relaxed and in his element in this track. This isn’t to say that he’s ever sounded unsure of himself or lacking in confidence – nothing could be further from the truth – but rather to acknowledge just how much he’s grown up in the studio environment in the little time that’s gone by since 2018’s “The Only One.” He dives into each stanza here ready to set the world afire, which is definitely not something you can expect to hear in the works of his contemporaries on the American side of the Atlantic this season.

The presence of the drumbeat in this track isn’t quite as intense as it seems to be in the music video, but in either case, there isn’t much need for a buffed-up percussive tension here. Part of the reason why “Habibi” would work as well in the club as it does in a relaxed, home-style setting is because of its flexible harmonic construction; had the drums been afforded any more room in the mix, I don’t think its hook would land even half as well as it does in this instance. Ilyah is an intellectual player, and that’s easy to pick up on in this release.

If you’ve been hearing some amazing things about Ilyah’s music lately, you’re definitely not alone, nor is the hype illegitimate in any way, shape or form. “Habibi” is another notch in the belt of this highly skilled singer, songwriter and beat master, but I don’t think it should be considered anything less than another integral piece of the puzzle that is his artistry. You need to keep a close eye on Ilyah in the 2020’s; at the rate he’s moving now, superstardom isn’t just on the horizon – it’s quickly becoming within his reach.

User Rating: Be the first one !
Share
Previous All Of These Years (LP ) by Steve Thomas and the Time Machine
Next Facial Recognition Technology (SINGLE) by Lily Vakili Band