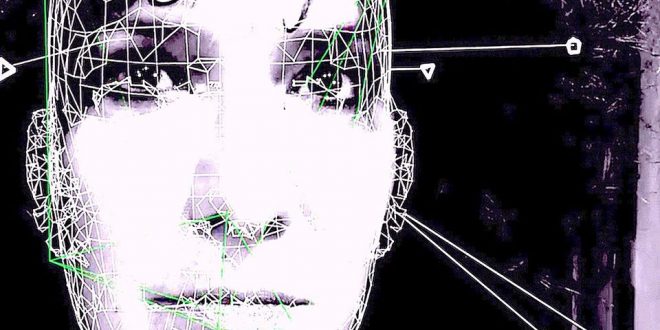 In her latest single, “Facial Recognition Technology,” Lily Vakili and her eponymous band deliver what could be their most angst-ridden, lyric-driven tracks to date. At a little over three and a half minutes in total length, “Facial Recognition Technology” doesn’t appear on the surface to be the most ambitious indie rock tune out this spring – but inside its efficient structure, this song is sporting some of the most ambitious verses this player has recorded to date. Vakili’s vocal is at the forefront of the mix from the get-go here, but even had it not been afforded such a chic position in the arrangement, her statements would ache with sincerity nevertheless. She’s all heart and heady harmonies in this single, which is a nice change of pace from what her contemporaries have been dishing out lately.

The strutting rock n’ roll instrumentation that guide Vakili from start to finish in “Facial Recognition Technology” is indeed quite stirring, but our leading lady’s lyrical wit is always the main draw here. There’s scarcely a moment where it doesn’t feel as though the melodies were designed to accommodate the pendulous dispensing of words more than they were a steady drumbeat (which isn’t to discount this song’s grooves at all). Whether intending to do so or not, Lily Vakili demonstrates a remarkable amount of showmanship as a poet in this single, and though it’s not the first time she’s shown off some muscle in this capacity, it’s definitely some of her sharpest work so far.

There’s literally no unutilized space in this master mix – in fact, I would even argue that it’s a little tighter in construction than it needed to be. The guitar parts mesh into the bassline brilliantly, and when the tempo kicks up later on in the song, there’s no discordance between the percussive thrust and the melodic facets keeping the vocals joined with the strings. This isn’t the most streamlined piece of material in Lily Vakili Band’s discography, but despite its rough edges, there’s nothing here that suggests a general departure from traditional alternative songwriting for the group. Vakili is headed in the right direction, at least in terms of what I look for in a smart indie musician, and with a little more development in the studio, she’ll be ready to turn out a polished follow-up to 2018’s Oh Alright in no time.

She’s still growing into her own, but as of this moment, I think it goes without saying that fans of captivating alternative rock beats need to be following Lily Vakili Band in 2020. This singer and songwriter is showing some tremendous maturation here, and given the short amount of time that she’s been in the spotlight, her accelerated adaptation to the game is nothing to scoff at. This is a particularly competitive era for indie rockers, but from where I sit, I think this is going to be one group that won’t have any trouble holding their own in the future. “Facial Recognition Technology” is a fun listen, and definitely one I’d recommend this month.