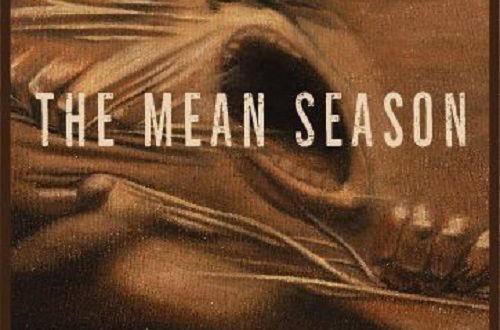 The vibrant sound of King Cole’s “The Mean Season” grabs me from the first and doesn’t let go. Having a sparkling vocalist such as J. Buck helps the song’s cause a great deal, but Cole’s long songwriting experience plays an important role. Cole knows how to construct a pop song that paces each crescendo, spotlights melodic strengths, and orchestrates dynamics for maximum effect. Buck’s vocal stylings are the crowning touch, however, and gives the track an effortless glide capable of carrying listeners along from beginning to end. I believe this is a seamless listening experience and struggle imagining any pop music devotee finding anything disagreeable about.

Its musical pieces fall into place from the outset. The early introduction of the song’s busy bass line sets a defining tone for the cut, but its percussive pulse is strong. Cole keeps “The Mean Season” at a manageable length instead of succumbing to self-indulgence and the focus driving this single is one of its chief merits. There is never a moment when you’ll identify an unquestioned digression or feel like the track is running off the rails. King Cole’s “The Mean Season” has the assertiveness of a composer who knows exactly what he wants his track to sound like and accomplishes with a level of polish few contemporaries can equal.

You hear a similar polish present in his words. Cole never tries rebuilding the songwriting wheel with those parts of the song, but he nonetheless aspires to saying something more than expressing stock sentiments and pop song clichés. The confidence to address larger themes should be expected from songwriters working in their prime such as Cole, but it is still a welcome change from the pop songs cluttering the modern entertainment landscape. He never puts a foot wrong throughout the course of the song.

It is easy to hear J, Buck is a big reason for the song’s success, but larger fundamentals rule the day here. The smooth transitions during the song, the development of its instrumentation, the interweaving of the singing and music, all of these parts of the performance bear the stamp of superior songwriting rather than a lucky novice. “The Mean Season” has a personal edge, enormous entertainment potential, and strikes an enviable balance between being music for all time and our time.

It isn’t a flawless track. Some listeners will pine for less electronic accompaniment than Cle indulges himself with over the course of this song and long for a few old fashioned “errors” in the playing that would dovetail into the humanity of the song’s words. It might sound, to some, a little too polished. Technology has come a long way since the days when accoutrements such as synthesizers and computer-driven tools gave music a sterile feel, but it is difficult to label this recording sterile as it practically leaps out of the speakers. “The Mean Season” is a vital piece of music and kicks off King Cole’s 2021 on a resounding note that many listeners won’t soon forget. It won’t be for everyone, but it is indisputably a cut above what we normally encounter from pop music.