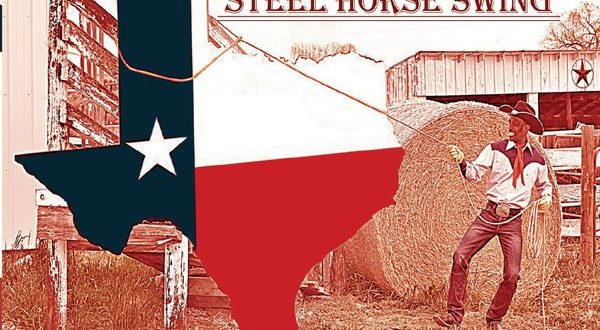 True grit has always been an important element in the creation of a solid country album, but for that matter, so has pastoral melodicism, with the best kinds coming from a songwriter who can sing as well as they could compose – taking that into account, Carlos Washington’s Steel Horse Swing might just be one of the best acts to emerge from the American underground in the last year. In his new album Little Bit of Texas, Washington rejects the very notion of blending into the crowd with his sound, instead adopting the oft-abandoned, once-trademark principles of western swing and blending them with streamlined country harmonies anyone could fall in love with.

There’s a lot more than just lyrical wonderment to behold in Little Bit of Texas’ title track, “My Little Red Wagon,” “It Was Love at First Swing” and “The King of Western Swing;” in fact, I would say that most – if not all – of the verses in the aforementioned songs take a backseat to the string play in terms of sonic virtuosity. I wouldn’t go as far as to say that anything is particularly complex or cerebral in this record, but some of the instrumental melodies in Carlos Washington’s most recognizable tunes here definitely communicate more than the rhymes you’d find in a mainstream country single this month.

“House of Blue Lights,” “I’m Coming Home,” “Sugar Moon” and “I Can Still Make Cheyenne” are melodically stirring from start to finish, whereas “I Am a Cowboy Y’all,” “The King of Western Swing” and the bangin’ title track are almost purely beat-driven, but I think that the diversity of the content in Little Bit of Texas is what sets its tracklist so far apart from those in other country albums I’ve reviewed in 2020. These two groups complement each other more than they conflict, and in some ways show us just how multidimensional a songwriter Carlos Washington really is.

The master mix in this record is tight throughout, but I found the harmonies in “Sugar Moon,” “My Little Red Wagon” and “It Was Love at First Swing” to be particularly well-balanced when juxtaposed with the other material here. It’s clear to me that Washington has no interest in trying to tether his artistic identity to that of the Nashville conglomerates, and regardless of what industry folk might think about the route he’s taking to stardom, I have a feeling audiences are going to respond incredibly well to his anti-corporate approach in making new music.

Country music enthusiasts simply cannot afford to miss out on what Carlos Washington’s Steel Horse Swing is doing for the genre this spring via this awesome new release in Little Bit of Texas, and even if you’ve never spent any time in the Lone Star State for yourself, there’s a better chance than not that you’re going to have just as easy a time getting into the jams here as a born and raised Houstonian would. The bottom line? Washington is a country singer/songwriter that both critics and fans need to be keeping an eye on.

User Rating: Be the first one !
Share
Previous “No Hook” by Mayne
Next Kendra and the Bunnies