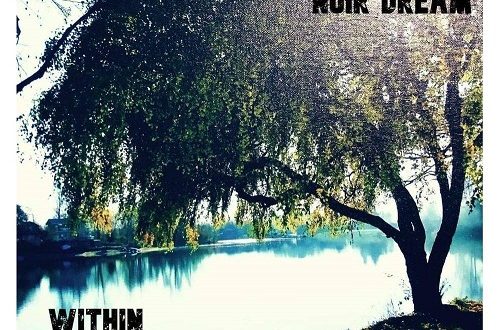 Noir Dream have no interest in being a copycat band. They’ve been cultivating their sound in the deep Portland underground, and despite COVID creating a chokehold on the independent music scene, they’ve managed to get even better at their craft in the past two years. Their new EP Within is scoring a lot of points with critics across the board this month, and if you check out its lead single “Perception Deception,” it should be pretty clear what all of the fuss is about. “Perception Deception” is, in many ways, an old school rock n’ roll anthem on the instrumental side and an alternative rock introspective on the lyrical front, but more than anything else, it’s representative of a return to form for a genre that lost its credibility for a number of years.

The aesthetics of this track are definitely punky, but they’re not so caught up in the DIY element as to ignore a polished, traditional rock look that mainstream and indie audiences go for the same. It’s obvious to me that these players are familiar with the fundamentals of pop music, but at the same time, I don’t feel like Noir Dream are trying to live within the context of a singular model, like some of their peers are. They’re rebels incidentally, not as an artistic direction with their songcraft, and I think this is obvious when analyzing just how pop-friendly a hook they’re straddling in arguably the hottest moment of the entire song.

This percussive element comes out swinging pretty hard – potentially harder than a lot of singers would have been able to contend with – but as brash as Noir Dream gets with the beat, they still manage to have a lot more self-control than their scene rivals do. The drums have to come on pretty strong in this performance as to make up for the tightness of the bassline and even the guitar parts; without their intense presence on the backend, the vocal would fall entirely flat. Say what you will about most of the rockers in the spotlight these days, but this is a group of musicians who are both methodical and quite experimental when it comes to making something that the old guard and new school can get into with equal enthusiasm.

From where I sit, Noir Dream are producing formulaic rock that it’s okay to like, and in the process of establishing their signature sound in Within, they deliver what could be the heaviest piece of material in their discography thus far via “Perception Deception.” They’ve got the right idea in leaving the predictable isms on the sidelines when they get into the studio, and having listened to their debut album Down the Rabbit Hole two years ago and hearing elements of potential, I can honestly say they’ve done a good job of making the most of their natural gifts in this most recent studio dispatch. Growth can be evasive of bands that find their niche early on, but “Perception Deception” suggests this won’t be a real problem for Noir Dream at all.

User Rating: Be the first one !
Share
Previous Hannyta “17” (SINGLE)
Next Lady Redneck “After the Rain, You’ll Find the Son” (SINGLE)