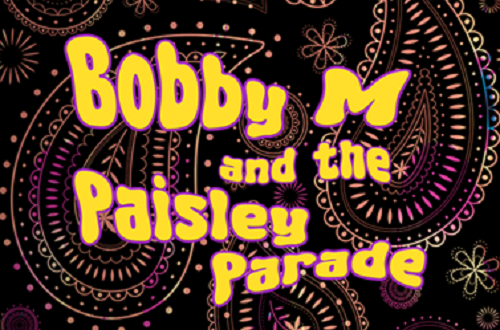 With decadence coming to us in the form of a sensuous melody just about anyone could fall head over heels for, “I Just Want to Love You” asks us to set our cares aside and enter a world that is uniquely Robert Miller’s this November. One of the ten gripping new songs included on his band Project Grand Slam’s latest album, Bobby M and the Paisley Parade, “I Just Want to Love You” summarizes much of the psychedelic pop/rock aesthetic that PGS is holding closer than any other in this record – but it isn’t the only gem in the treasure chest. One of the most compelling elements of Bobby M and the Paisley Parade is its multidimensional style, which tends to bring forth a different interpretation of its message with every listening session I’ve spent with it this month.

“Annie and Leni” and “Waiting for Me” are a lot more conventional than “This Time,” “It’s So Important” or “Feeling So Good Are,” but the contrast between experimental rock and pop-structured alternative familiarity is crucial to appreciating this LP’s depth. If you’ve listened to anything Project Grand Slam has recorded before their most recent venture into the recording studio, you’re likely to notice that almost all of this material feels a little leaner and less jazz-influenced than it might have in previous settings. Miller wanted to get back to his roots here, and compositionally speaking I think there’s a case to be made that this is his most mature and refined set of songs to be packaged into the same disc largely because of the boyish passion he lends every track here. There’s no arrogance, but at the same time there almost should be some considering the potency of the performance.

The implied creative continuity in Bobby M and the Paisley Parade is provocative, but I’m hesitant to call this a progressive record in nature. There’s no debating whether or not Project Grand Slam are talented when it comes to sticking to a specified concept when it benefits the work they’re producing, but there’s also a significant difference between the way they’re building a story here and what a straight-up prog act might have done. I’m not saying they don’t have it in them – they definitely do – but right now I think this is a group tailored more to a radio-ready format than they are anything overwhelmingly album-centric, which works well with the AM psych-pop influence they’re embracing in this LP.

Critics have been taking note of the music Project Grand Slam has been recording for years now, and I think that Bobby M and the Paisley Parade has a real chance at expanding their audience in the best way possible. Bobby M and the Paisley Parade isn’t a flawless LP by any means, but for what it lacks in mainstream varnish it more than makes up for in originality which, as anyone who follows the indie beat is more than aware of by now, is a game-winner of an attribute if there ever was one.

User Rating: Be the first one !
Share
Previous Arbor Creek’s “Thanks for Wading” (LP)
Next Adam Randy “Another Song” (SINGLE)