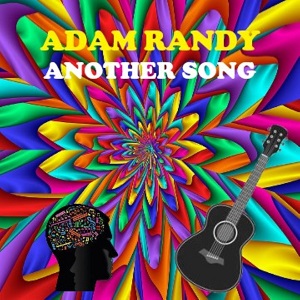 In a world so inundated with endless riffs on nostalgia and reboots/remakes, the world of pop culture and media altogether feels like a wheel spinning in the mud. It’s an extremely tiring trend to see films go through five-year bursts of trends, and it only feels all the more tiring experiencing said trends through the internet’s constant presence — one medium that fully benefits from nostalgia and only improves as a direct result, however, is music!

The art of homage feels far more palatable in music than in any other medium, and getting to experience throwback tunes in a modern sphere only heightens the listening experience. Adam Randy’s latest single, the cheekily-titled “Another Song,” leans into the nostalgic lens brilliantly and allows the singer to play with 1960s rock sounds and harmonies in a way that has been missing from modern music.

“Another Song” feels almost too close to a Monkees single to be anything other than just that, but therein remains one of Adam Randy’s major strengths — using modern instruments and production skills to craft songs that feel plucked right out of the past through time machine and/or maestro-like compositional talent, there’s almost no exact time to place a single such as “Another Song” in. Filled to the brim with plucky guitar chords, tambourine, and extremely infectious piano-driven melodies, the single is unstuck in time and uses the benefit of both its 60s-based aesthetic and modern release platform to its advantage.

Randy’s overall attitude within the track is infectious, and his ability to craft melodies that feel steeped in “Crocodile Rock”-era Elton John-isms is incredibly impressive; there aren’t many artists in the current musical landscape releasing music even remotely close to what Randy has on his hands, and he knows it. “All I have is another song, seems like I knew it all along. The only thing that really matters to me is the chance to set those feelings free — set them free, gotta set them free.” The single works as a declaration of Adam Randy’s individuality, and as a testament to what made the songs of yesterday so incredible.

Overall, fans of pop and rock should be more than happy with what Adam Randy has with his new single. “Another Song” is a worthwhile pop ditty that reestablishes Randy’s place in music, especially considering its necessary momentum as his first single since his self-titled debut in 2011. There’s a great deal of enjoyment to get out of “Another Song,” and its place in the Adam Randy discography is a perfect one — the return of an artist with the same sound that fans know and love, but with a smart “aw shucks” sensibility that downplays the importance of the return.

It’s Adam Randy for a new audience, for the same audience, and anyone looking for a bubblegum-sweet rock track. There’s nothing like “Another Song” coming out on the radio today, and that in and of itself proves that this new single from Adam Randy is more than just another song.

The music of Adam Randy has been heard all over the world in partnership with the radio plugging services offered by Musik and Film Radio Promotions Division.  Learn more https://musikandfilm.com