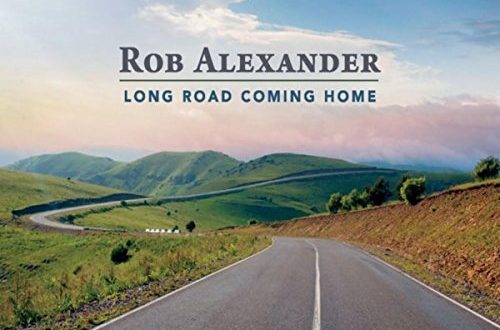 Singer/songwriter Rob Alexander creates a stylishly atmospheric easy listening experience in his new album Long Road Coming Home, led by its latest single “Better Than That,” a transcendent, thoughtful love song that is as reflective on the past as it is optimistic about the future to come. While by day he works as an anesthesiologist, this Florida Atlantic University-educated physician is also quite the accomplished songwriter, having been composing throughout his adult life. With this rookie offering, Alexander establishes himself as a warm, inviting vocalist and a skilled instrumentalist who can stand up against the best artists in this medium.

The adult contemporary genre was essentially created out of the ashes of 1970’s soft rock and incorporating a significant amount of pop polish as decades have passed. While “Better Than That” is a very well-produced, professional quality recording (that features a hauntingly intimate vocal track as its main star), Rob Alexander’s gentle approach to the song makes it feel a lot more raw and organic than your typical studio effort. Perhaps what sets apart this single from what a lot of his peers are releasing is that intimate vibe, which makes us feel like Alexander is playing a personal show just for us. We open with a relaxing piano and accompanying guitar strumming; in steps Alexander, whose deep, smoky vocal adds to the rich harmony that the band is creating. With a humble prose, he tells us a story of two lovers coming together and falling apart, their capabilities of caring for each other seemingly endless if realized in the right situation. The yearning to make that realization a reality is conveyed excellently through Alexander’s magnificent serenading that gathers more and more momentum through the verses and gives way to the eponymous, anthemic chorus that really is the centerpiece of the entire album as a whole.

In a lot of ways, Long Road Coming Home is the perfect way for Rob Alexander to introduce himself to indie and pop audiences alike in 2018, a time when melody and songcraft is often being left to software and tech geeks to figure out. This record and its leading single serve as an epic challenge to the present industry status quo in its originality and authentic delivery. Alexander isn’t necessarily reinventing the wheel with this record, but I don’t think that’s his goal. Instead, I think that a song like “Better Than That” is intended to revive the wholesome, full-bodied tonality and texture of classic pop/rock ala Neil Diamond, provided to us here through the lens of brilliant, high definition stereo. I’m very excited to see where his career takes him from here, because the sky could be the limit if this is just a sampling of what he’s capable of as a songwriter and performer.

If you’d like to learn more about Rob Alexander and his music, visit his official Facebook page and website, and download “Better Than That” and Long Road Coming Home now on CD Baby and everywhere independent music is sold.

User Rating: Be the first one !
Share
Previous Jiggley Jones – Not Your Typical Day Out
Next ShaQ:Muzik – Get Down