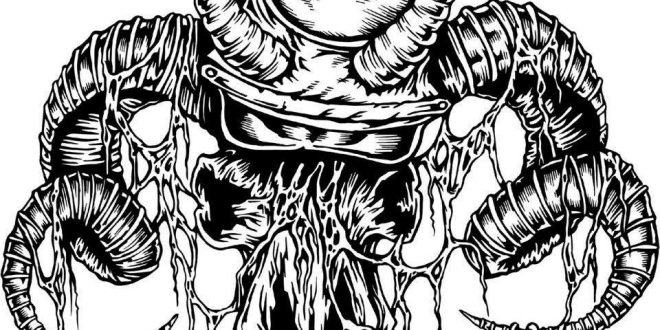 Saddle of Southern Darkness, aka SOSD, is the brainchild of brothers Trent and Chase Williams, and they bring metal and country together like that of no other on the single “Killbilly” which is graphically depicted in the promo video, but the song itself is quite a twang-fest crossed with a metal thrash fest. This is not the first time such a combo has been presented, but they do it well and serve the song in the process. You know you’re getting an homage to surf guitar days while rocking about in the extreme opposite at the same time, to put it mildly.

The lyrics to this track are tongue-in cheek, with a clear nod to those who like blood and gore with camp thrills. This is never taken too seriously by music fans, but often misunderstood by outsiders looking in, and they have no shame in giving them something to think about with lyrics that don’t hold back but also don’t dominate the entire track because the music is as strong as song title. The combo has been described as “Hank Williams (Senior, Junior, and III), George Jones, and Wayne Hancock meets bands like Grave and Dissection,” to help describe their sound.

“Killbilly” is a track the metal lovers can get into and southern rock lovers and even country fans might appreciate if they all get enough wind of it together, as well as the essential metal lovers SOSD aim for. But the edges are what makes the track burn with no shame about combining genres for the overall sub-genre. If you’re familiar with SOSD, this track is not to be confused with another track called “Blasphemous Bill,” but it keeps the Bill factor going. It’s all done very tongue-in cheek with musical chops worth noting, especially for the two particular-styles combined.

The song begins with some acoustic guitar leading the show, quickly joined by electric guitar and vocals which both take on an immediate classic country vibe. But the vocals start to get rougher in the chorus, then the ace soling starts to earn its place in the song around some campy horror style lyrics. It’s obviously about an unsavory character south, but it’s anyone’s guess as to whether “Killbilly” is fictional or based on a true story. It’s left up for outsiders looking in, or fans in the know to actually-make that call, but the choice is the point.

With vocals that play on the drawl of voices like Johnny Cash and Hank Williams, and licks that could turn any guitarists head from Yngwie Malmsteen to the likes of Danny Gatton is just one way to describe the entire SOSD sound, musical style and overall approach. But it’s dynamics that run bring it all together into one package, and that’s only describing the band which is fair enough when covering singles. The main point of it all is to expose it and the band itself, so all bases get covered and it’s the guitar skills and songwriting which stand out the most in this and all their songs for that matter.