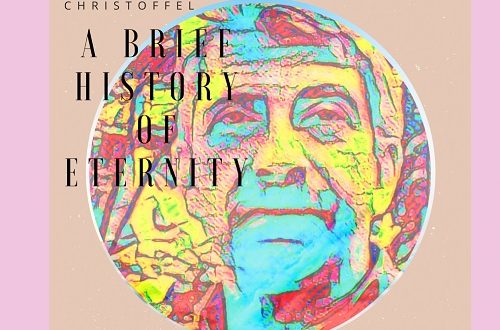 Chicago-born Todd Christoffel wouldn’t have made a good Catholic choirboy. A love for mischief first sparked his musical imagination when the young boy began satirizing the lyrics of church hymns during Mass without other parishioners ever catching on. Those early flirtations with music weren’t all hijinks, however, as Christoffel remembers how his granddad wept whenever the young Christoffel sang “Silent Night”. The finishing school for Christoffel the performer, however, was playing music in college coffeehouses and at open mic nights during his high school years.

He’s moved from Chicago since those long-gone days, however, and has called Seattle, Washington home for over three decades. He’s a notable figure in the music community there working on behalf of “Songwriters in Seattle”, an organization he helped establish, serving on its Board of Directors. Christoffel writes songs and plays with the Seattle-area band Don’t Ask, but his solo album A Brief History of Eternity is far different fare.

“Pure Desire” opens the album with a slow build until it hits in earnest. The production manipulations blurring Christoffel’s vocals are never ostentatious and don’t obscure the lyrics, though they may take some getting used to. His measured introduction sets the stage nicely for what follows. There’s a pronounced folkie strand running through the entirety of “Blue and Gray” peppered with Chris Faget from Don’t Ask adding jagged fuzz guitar. It’s an interesting mix, folk-rock-y but not quite, and the arch-traditional vocal melody spins it even further off the beaten track. It’s an effective shift in gears, without a doubt, from the album’s first track.

“Lucy Brown” is one of Christoffel’s finest character-driven pieces. Attentive listeners will revel in the wealth of significant detail he incorporates into the lyrics and there are sly moments of humor, as well, further enriching the piece. Humor predominates in “An Electric Way to Sleep” and the stripped-down shuffle tempo accentuates the low-key comedy woven into his lyrics. “I Knew You When” is one of the album’s finest cuts, a rousing slice of life song with a great chorus hook and knowing lyrics about connections and the passage of time. Listeners will appreciate the striding jangle of his guitar and the fiery enthusiasm in his vocals.

“Call Me Anytime” is breezy pop with ample melodic value. Christoffel, once again, crafts a memorable chorus that hooks listeners deeper into the song. Piano, an intermittent contributor, returns in the track “End of the Silent Ones” and its brisk tempo has an even lighter step thanks to its presence in the mix. The improbably titled “Your Government Is Keeping You Awake” veers into social commentary with a bit of Howard Beale messaging behind its lyrical content. It’s never ham-fisted, however, though some may wish it was a little more musically compelling in the name of balance.

A Brief History of Eternity is a sprawling twenty plus song affair, but never tiresome. Todd Christoffel’s capacity for melodic invention never deserts him and, when it peaks, provides the sort of instantly memorable fare we expect from the finest songwriters. It’s well worth your time and money to check this out.