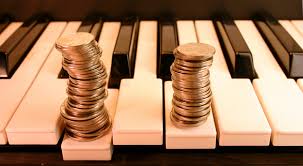 PAY TO PLAY – Where venue owners charge an up-front fee to performing artists for the use of their facilities. The practice began in Los Angeles, CA, sometime in the 1980s. It has become common in many U.S cities at low-turnout all-ages shows where performers are required to guarantee a minimum attendance through pre-show ticket sales. Why do club owners do this. Are they trying to Rip Fledgling artists off, or is it just business?

THE GOOD – Many club owners I know feel that if the venue is a high quality venue in a high profile locale, and the band lacks serious draw potential – then pay to play is perfectly legitimized. Why? Because as a business it doesn’t make sense to give your venue slot to a band that doesn’t have a draw vice giving it to a band that does. If PAY TO PLAY is so wrong then why does it exist in Broadcasting, Visual Arts, Online Gaming, Corporate Finance, and Insurance. In fact the small club circuit is merely a microcosm of the larger more lucrative Arena  Circuit. Go up to the Booking Agent in charge of say The Madison Square Garden and say- “Hey we’re a small punk band from Long Island – can we borrow Madison Square Garden this Saturday night – our draw should be around 100.”  PAY TO PLAY also exists in MUSIC SUPERVISON – where professionals place music in many kinds of film, television, commercial, web-based and other live and recorded media cues. While some music supervisors are paid only by their employer or per-project, some companies use a “pay to play” model wherein artists “pay” to “submit” tracks for consideration to a variety of media concerns, only to have to pay the Music Supervision intermediary again at a cost of 1/2 of its earnings for the track placement should it win a placement. Some question its legitimacy and say self-interest may cloud the artistic judgment of the supervisor in simply selecting the right track for the right job.

THE BAD -I know one Progressive club owner who was a staunch critic of “PAY TO PLAY” So after 6 months of letting a lot of local no name bands play ay his venue – guess what the club went belly up. It’s now a “Christian Science Reading Room” The bottom line is – No Draw meant No Money, No Money meant No Business, and no Business meant more Christian Science. Any way you look it – giving your services away for free just sets a bad president, and can eventually be a condescending business practice.

THE UGLY – If you have a good draw then you have automatic clout at the bargaining table. If you don’t have a draw then you really don’t have any bargaining power. So in close if your pissed off your no name band has to pay to play somewhere because you’re either inexperienced, lack draw potential or just plain bad then guess what – your current business model is just not working for you and is in dire need of improved, development, overhaul, or just plain liquidation. I’m not trying to make you a businessman, I’m just trying to tell you at the end of the day this is a business, and money talks.  It’s also why God made Open Mic Nights.