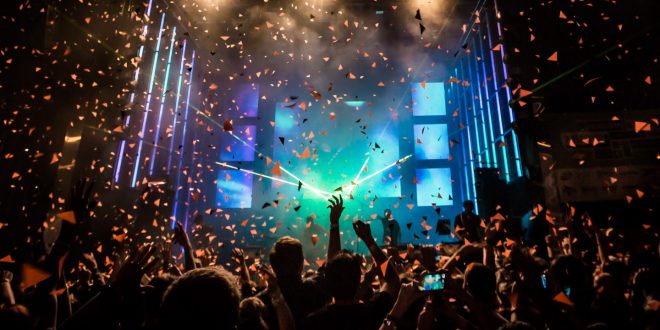 Music Festivals and Conferences are a great place for artists to come together, share their ideas, their music, their performances, and have fun doing it. Not only will you have fun, but you will have an opportunity to showcase your music, while meeting other artists and other prominent people within your local music scene. If you haven’t attended one yet you definitely should. If you intend of becoming a professional artist one day, I highly recommend you attend at least one SXSW. SXSW  is one of the largest music festival in the United States, with more than 1,400 performers playing in more than 80 venues around Austin over a four day period in March. SXSW first began in 1987 and is centered on the downtown Austin Convention Center. Each of the three parts or phases runs relatively independently, with different start and end dates. Along with Music In 1994, SXSW added film and interactive conferences for 3 interactive phases. SXSW Film has become one of the world’s premiere film festivals, focusing on new directing talent.

As Austin has grown and diversified, film companies and high-tech companies have played a major role in the Austin and the Texas economies. In 1994, SXSW added a film and interactive component to accommodate these growth industries. SXSW Film and SXSW Interactive events attract approximately 17,000 registrants to Austin every March. Below are just some of 5 Nights of the SXSW Music Festival the events of the Music Festival.

One of the things I like most about SXSW is the Demo Listening Sessions. Demo Listening Sessions offer a unique opportunity for registrant musicians to get direct feedback from music professionals – the kind of people who listen to demo tapes as part of their job. Producers, A&R representatives, venue buyers, and publicists will all sit on various sessions. While not every session will assess every submitted band, you will undoubtedly learn something about how to present your music just by attending. I believe every band that is serious about the Music Business should attend at least one of these SXSW Conferences. The ultimate goal in attending these conferences should be to have fun, learn a few things about the Music Business, and increase you exposure and social networking with as many as possible, but don’t expect to to get a record deal or anything like that. I might also add Austin. TX is one of the most underrated music locales in the United States. More information about SXSW can be found here http://www.sxsw.com Apply today!