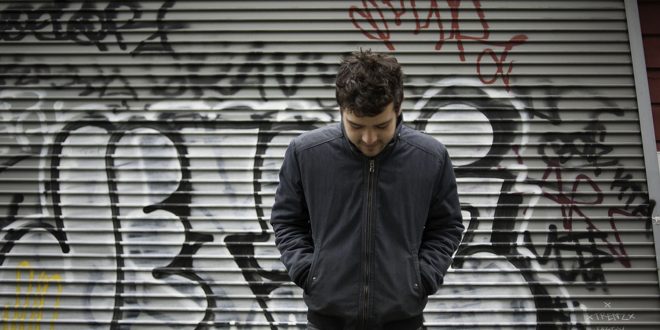 hmmmm, you know, someone once said gothic blues. I like that. No idea what it really means—i think i know what it DOESNT mean….so, Ill go with it.

All over the map. Billie holiday, Al Green, Dylan, Prine, The Stooges. The list goes on and on

Groove. all about the groove. i think there’s this new idea that you cant dance to rock n roll. but you can. you should. movement. motion in the music, and in the words.

We’re told you live in your own tricked out van. How did that come about? Did you reconfigure the van yourself? Or did you have someone do it for you?

Yes yes. after i finished mmmmm, I just figured it was time to go. For better or worse, working the same local circuit for years and years has never appealed to me. I figured it was just time to just get out of town. I’m a carpenter by day ad musician by night, and sometimes the opposite and almost always both at the exact same time, except when I’m not–hah. So i figured id give the build out a whirl. The van, (matilda is her name, by the by), is still truckn along.

Do you think your life in a van and on the road influenced the style of the songs on mmmmm?

We love the entire LP, but are quite particularly fond of “Quitters & Thieves.” It sounds like a lost Tom Waits classic. What’s your favorite Waits album?

Aw thanks. I’m so glad you like that one. I think picking my favorite waits album might be impossible . first ones that come to mind are Real Gone and Mule Variations….and small change.

Is there a song on mmmmm that stands out as your personal favorite, and why?

I go back and forth a lot. Ive really enjoyed doing Baby, Dont Blow Your Head off, live. But lately, Quitters & Thieves and soft lights have been up there. Again, its the movement of those tunes.

Larry David or David Letterman or Nelson Algren. I’d like to just sit there and listen to any of em. As far as musician–Billie. Not even write with her. Just sit in some old club and watch her. agh. Perfect.

What’s next for Alberta?