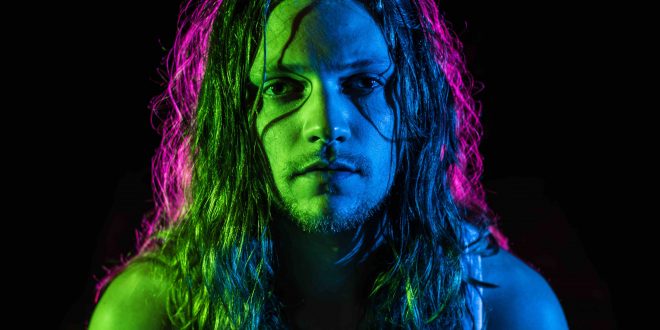 I was 16 when I experienced my first concert in 2006. It was Flogging Molly at Starland Ballroom in New Jersey (USA). It was a sold out punk rock show and the energy was absolutely through the roof. I had never seen an audience respond like that. Mosh pits circled the room with people skanking, fists in the air, crowdsurfing, and hanging on every word. It was at this moment that I decided I would be the person on that stage, moving the audience with my words and music. I decided I would give whatever it would take and I never looked back.

New Age Rock is everything you know and love about rock and roll with a lyrical context that is fit for our modern day. I believe it will be the defining genre of the 2020s. Being born in 1990, my sound just so happens to also have a bit of a pop/punk twist.

Freedom Fighterz. This is my EDM / Rock side project. In between releasing originals, the band is known for its unique remixes and covers. For that reason, we stay at the cutting edge of music and I am always introduced to something new. Twenty One Pilots are the ones to watch.

Nearly five years ago I moved from New Jersey to Orlando, Florida where I currently call home. The music scene is very different. There are more people and more shows in Orlando, but everything is so spread out and the scene is fairly disconnected here. I hope to bring more of the scene together with this new record.

Performing live is what I prefer to be doing most of the time because it is a passion of mine to connect with an audience. Recording is its own special experience which is the ultimate way to connect with myself and evolve as an artist.

Listen is my favorite song on The Awakening EP. Not only is it the most fun to play, but it is impossible to sing those lyrics and not feel totally empowered to be love and be yourself.

It is tough to choose the best. So, if I had to give my top concerts… I would say Against Me! in New Jersey in 2007, Anti-Flag in Philadelphia in 2008, and Twenty One Pilots and MUSE in Tampa in 2017.

I would love to collaborate with Blink-182. They have been doing this a lot recently and exploding new artists careers. Not only are they a major musical influence to me and my peers, but I think that collectively we could create something that could shape the future of pop/punk music. Plus, I love Alkaline Trio!

My goal is to reach 500 thousand downloads of The Awakening EP before December 21st, 2020. From there I intend to record my next follow up record, tour, build out my online music business, and begin writing my second book.