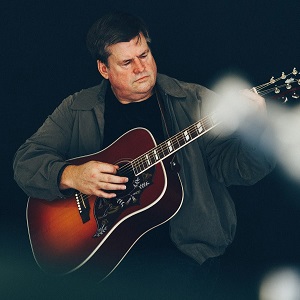 On this particular album, I would classify the music as Traditional or “Pure” Country. It is inspired by music from the “Golden Age” of Country Music; the 50’s and 60’s. There are also a couple of Western Swing numbers in there (Tracks 1 and 13) that were inspired by the music of Bob Wills and the Texas Playboys, who were performing and recording from the 1930’s to the 1970’s.

Tough One. From a songwriter standpoint, It would be Bob Dylan, Guy Clark, Hank Williams Sr., Merle Haggard and Chuck Berry. How’s that for eclectic?

I like to tell stories with my songs. I would like to create imagery with my lyrics combined with melodies that catch the listener’s attention and draws them in. I want them to think about the song long after they hear it.

How is the music scene in your locale?

Pandemic aside, The Dallas/Fort Worth “Metroplex” area is very robust with a huge variety of venues, from small bars with a mic and PA to big arenas and stadiums that can accommodate 100,000 people. There are no shortage of venues for indie artists to play to audiences.

Another tough one. As I get older, I prefer smaller, more intimate venues where you actually go and LISTEN to music. One of the best shows I have seen was a recent concert with Al Stewart (1970’s hits “Time Passages” and “Year of the Cat”) It was just Al and guitar wizard Dave Nachmanoff playing acoustic guitars and performing Al’s lyrically rich music. In fact, in meeting Dave Nachmanoff at the show, we became friends and eventually collaborated on my first Album! Another great concert I attended recently was Electric Light Orchestra, who I am a big fan of. That venue was considerably larger.

The energy from the audience. I like stepping out there and taking the risk. Sometimes you go down in flames, sometimes you are ON. I keep coming back and playing live for the rush of being ON.

Is there a song on your latest CD release that stands out as your personal favorite & why?

“In Spite of Me” was written in my head while I was sitting on the balcony of our apartment building watching the incredible sunset with my wife. It was born out of a moment of realization of how fortunate I felt that she chose me to spend her life with.

I have only been playing guitar for about 4 years, and my knowledge of chords and playing ability improved vastly over the last year. I spent a lot of time in my rehearsal studio with a couple of musician friends and we played and sang sometimes for 5 hours straight! From that, I feel like I upped my game from a songwriting standpoint. When the Covid thing hit in April, it allowed me time to focus on refining existing songs and writing a good number of new ones. I ultimately was able to spend a lot of time with my producer, Dave Nachmanoff, to collaborate virtually and record the entire “Home Again” album and an additional 14 songs and counting for future release.

Bob Dylan or Louis Armstrong. I spent a couple of years as front man for a 28-piece big band, and learned a lot about phrasing by studying Louis’ music. Besides, who doesn’t smile when they hear a Louis song?

As I mentioned, I’ve got a good number of songs in addition to the ones on “Home Again” recorded and we’re still writing and recording as we speak. These songs can be classified as Pure Country, Western Swing, Americana and Rock & Roll. I’m working on a plan to get these songs out into the world, hopefully to listeners that will appreciate them. Beyond that, I’m looking forward to getting out there with a band and performing. I’ve had discussions to possibly do some tours, both domestically and overseas.