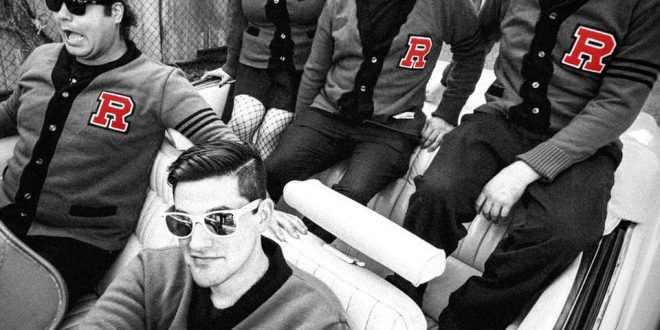 How long have you guys been at the music game?

The Radio Buzzkills were founded in 2017. All of us are music veterans. Bass Amp (he plays drums) played with The Pubes, The Sex Robots, and is a touring musician with Kid Congo and First Jason. Jenny (Bass and Vocals) is a veteran from the Chicago punk scene. Gene, before the Radio Buzzkills, was the lead guitarist in Linda’s dead and Zac was with late 90’s St.Louis Punk Band Two Cent Tip.

What are the specific challenges of being in a PUNK band?

I think there is a stigma which comes along with punk rock. Listeners almost approach punk rock with a lower standard of musicianship. But at the same time, to loyal punk rock fans there is also an expected formula. We love breaking expectations. We all love punk rock but we also want to do something a little different. We want to have fun and make people smile. Not just fans of punk rock.

When did you start writing together?

I (Zac Buzzkill) had a bunch of old songs laying around and I sort of decided that I’d try to put some of them out. I don’t think the plan was to ever to tour internationally or to sell any records. I sort of pulled the right group of people together and they made these simple 4 chord songs something really special. Since that first little batch of songs we’ve put out two EPs, two LPs, and numerous tracks on various comps. We love writing together. We all love creating music.

When did you know it would be more than just a hobby?

I think we all have way too much drive and passion to be musical hobbyists. Plus, music would be a pretty expensive hobby. We are all people who love performing, love creating, and love being out in new cities adding members to our little Gutter Pop family. Golf would probably be a more realistic hobby. We have so much love and respect for punk rock it’s always in our hearts even at our crummy day jobs.

Tell us about your recording process?

Punk Rock is first and foremost a live music format. There is so much energy and passion that goes in to playing songs that are fast, loud, and fun. So we try hard to capture that feeling when we record by recording almost everything live with minimal over dubs. Gene (guitar) owns his own studio so we are pretty lucky to have that resource. We wrote all year while we tour and play then we take off December to March to record. It’s a formula that has worked out well for us. Mario Viele from Cowboy Technical Studios in Brooklyn, New York mixes and masters everything for us because it is a good idea to bring in that outside ear. We’re really proud of our latest record because Get Lost is 100% us. Matt Bennett from Outloud Records lets us do whatever we want creatively so there were no producers, no executives, no managers, just the Radio Buzzkills with a major assist from a childhood friend (We’ve known Mario for a long time.) There is no safety net, sink or swim.

All of these shows are with Haley and the Crushers, a great surf punk band from San Luis Obisbo, California.

One thing you want the world to know about your LIVE show?

Where can we get in line to buy the record?  Any vinyl plans?

Our latest CD release is due out October 1 on sexy yellow vinyl from the fine people at Outloud Records and Gutter Pop Records. Check our social media’s for updates, details and presages.