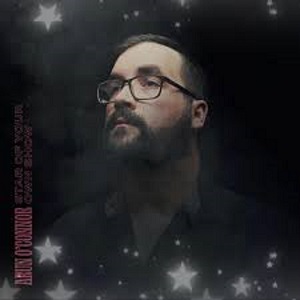 Arun O’Connor “Star of Your Own Show” (SINGLE)

New Zealand’s Arun O’Connor follows up his recent success with “Too Far Gone” with a new single entitled “Star of Your Own Show”. His continuing exploration of Americana influences may seem a bit incongruous on the surface, but O’Connor’s ability to meld an accessible pop approach with musical authenticity sets him apart from his peers. Instead, this is far from “pop country” and closer to singer/songwriter fare with this and other tracks from his debut Songs from the Reading Room.

The rollicking spirit of the performance will win over many. O’Connor’s tale of picking someone close up from the doldrums of despair and reminding them of their self-worth will likewise appeal to a wide variety of listeners. It doesn’t come across as smarmy cheesy pop but rather, thanks to his emotive tone, has the sort of authenticity thus far defining his songwriting. There’s no reason to expect that it won’t continue. He deals in direct language everyone can consume.

The music bears the same stamp. “Star of Your Own Show” has a mid-tempo pace, never pressing too hard for the listener’s attention, punctuated with dry yet authoritative drumming. The song’s production stresses an even-handed approach to each instrument. Jay Tooke, former drummer of The Steel Woods, has become one of indie Nashville’s most sought after producers and his work shaping “Star of Your Own Show”, along with other songs, will undoubtedly further burnish his reputation.

He has embraced an ideal length for the cut. O’Connor keeps “Star of Your Own Show” reined in rather than sprawling and its clearly defined structure is another of the key strengths powering his debut. Make no mistake, however, this is far from a novice talent. O’Connor has long since established himself as one of his home country’s brightest talents before ever making his first forays onto the global stage.

He’s there to stay. O’Connor has the talent to push his songwriting as far as he likes for a variety of reasons and one of the most important is his effortless connection with the audience. Arun O’Connor understands universality and his songs reflect that. This isn’t someone peering on life from an artistic ivory tower but, instead, an open-minded artist working well within a traditional framework yet bringing us a timeless message. It’s one sure to be popular with many.

There will be more to come. He wrote and included sixteen songs on his debut alone, so you won’t coming up with new material isn’t a problem for O’Connor. He’s a songwriter who plucks his inspiration from the flesh and blood daily struggles, triumphs, and defeats marking all of our lives and such moments aren’t in short supply. His music, as well, sounds malleable and built to last in a way not every performer can boast. Durable songcraft such as this will always stand out in even the best of times and his fires will only burn hotter with each new release. Listeners are well advised to catch this rocket on its sharp ascent because it promises one hell of a ride.