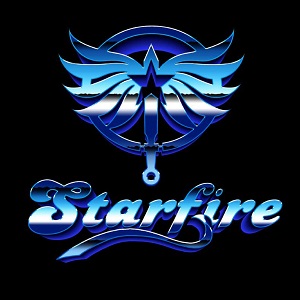 Starfire “Dreaming of Your Destiny” (LP)

We’re not more than a few bars deep in the song “Owner of This Heart” before it becomes more than apparent how important hedonistic riffing is going to be to Starfire in their new album Dreaming of Your Destiny. There’s not much to the construction of this piece – instrumentally speaking, we’re looking at a cut and dry performance that doesn’t try to fill the margins with a lot of fanciful nonsense. To me, it appears that Starfire came with as potent a blueprint for making beat-forward rock n’ roll as a group can muster without inviting a lot of additional improv into the mix. From here, “Do You Dare” delivers a touch of Americana fused with traditional rock indulgence, only to turn us over to a much more metallic take on “You’ve Lost That Lovin’ Feelin’” than I’ve heard before now.

“Everybody Plays the Fool” sounds much fuller in this arrangement than I would have ever expected it to, and as a retro rock cover, it’s probably the most formidable of all the tracks here. This isn’t to say that “Girl Watcher” and “This Wonderful Moment” lack guts – quite the opposite is true – but instead to acknowledge how amazingly well Starfire tackles a near-impossible task of making a cover song sound like a modern rock juggernaut. There’s more of a sway to the rhythm of “Get Up and Move” than was likely needed given the pushiness of the riffage to begin with, but in the grander scheme of things, it only makes the energy in the midsection of Dreaming of Your Destiny all the strong

“Get Ready (Here I Come” and “I Can’t Sleep” feel like opposite sides of the same aesthetical coin, but they don’t camp on melodicism just to emphasize contrast. That’s been an unfortunate feature I’ve found in a lot of new rock records this year, but it’s missing from the entirety of Dreaming of Your Destiny; Starfire neither want it nor need it to make a point clear to the audience. Even a cavalier, groove-oriented number like “Into the Night” can spellbind us without having to lean on the predictable neon harmonies that often adorn material of this style, and I don’t see this band ever needing to deviate from this route in their future recordings.

Another cover in the form of “Hooked on a Feeling” presses us with bittersweet harmonies ahead of Dreaming of Your Destiny’s conclusion in “I Can’t Deny,” and when the tracklist has screeched to a halt, there’s a strong temptation to revisit the content we’ve just listened to if for no other reason than to relive the chills it can induce. Starfire didn’t write every shred of material on this album, but they present it as their own like no other act possibly could have this late winter season. Their style is undeniable while their ongoing potential is likely to be something critics from one coast to the other are talking about in 2022, and if you’re curious whether or not Dreaming of Your Destiny is worth the hype, I encourage you to hear it and judge for yourself – you won’t regret it.